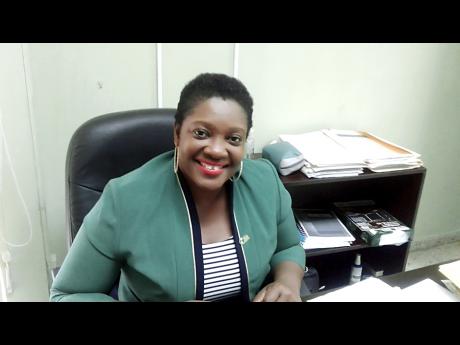 Kaysia Kerr, head of the National Parenting Support Commission, believes that some citizens have been unfair in their criticism of fathers, declaring that there has been a steady increase in the number of men who are involved in their children's lives, contrary to what is presented in the media and elsewhere.

In an interview with The Gleaner, Kerr said that while there is still room for fathers to be more responsible, as an educator, she has seen vast improvement in this area.

"I think more men are involved (in their children's life) than what we give them credit for. They come under a lot of battering," she said.

"Sometimes, too, it's how we qualify involvement. The truth is, if I take my son to the barber shop, that is quality time. Whether I'm walking or driving, I'm spending time and being present. I think we are also seeing a difference in understanding that men are different. The way they express love might look like a ball game as opposed to the way my mom mothered me, with lots of hugs and kisses. We are not making it a gender issue, but there are some things that men are more inclined to and I think the children get that very well."

Kerr also said that from her observation, fathers themselves were making a concerted effort to ensure that they played their role effectively and responsibly.

"I think they have realised, whether by virtue of their own fathers being missing, what they could have been, and the impact of that neglect on their own lives. Some of them have definitely made an effort to ensure that it doesn't happen to their children."

Similarly, the Reverend Jayson Downer, president of Men of God Against Violence and Abuse, said that he is of the opinion that the term single-parent household is used loosely.

"I think what has hurt Jamaica is the fact that we have a lot of single-parent households and many of them are run by mothers, and persons run with that. But not because the mother is one that is living with the children doesn't mean that the fathers aren't playing their roles," he said.

Downer also said that while he believed that there are differences in parenting styles, both mothers and fathers must show love, affection, and give affirmation.

"It's a given that many of those who maybe were born in the '80s, or before, did not get certain shows of love and affection from their fathers for varying reasons, but one thing is certain is that this generation yearns for affection and affirmation. It's not a matter of style, but what is needed and must be delivered," he said.