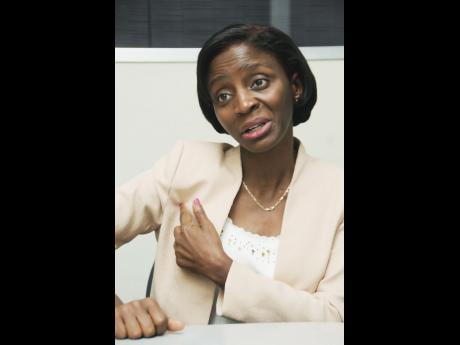 Lionel Rookwood
Lavern Chin as she talks about her experience with cancer. 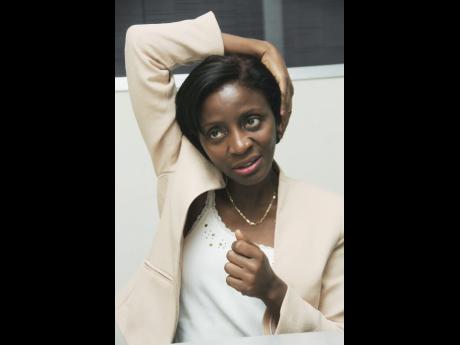 Survival was Sandra Samuels' immediate thought after she was informed that one of her breasts would have to be removed, having been diagnosed with cancer in November 1999. When the dust settled, however, she said that thoughts of the impact on her dating and sexual life bombarded her.

Speaking with The Gleaner, she explained that such a drastic decision comes with many emotional struggles but indicated that women have to see the bigger picture.

"My thoughts were strictly on getting past this, getting through the treatment, recovering from the treatment, and moving on with my life," Samuels told The Gleaner.

"Now after all of that and when the dust settled, your next thought is, how do I navigate life normally, or should I say, with my new norm, especially with your dating life and sexually? For the most part, those are the main issues because as opposed to when you lose a limb, which is obvious for other persons to see, once you wear your prosthesis, no one else would know," she continued.

She added: "I often thought, would I look attractive to the opposite sex? Should I find someone? at what time do I break the news to him? Because you run the risk of him not wanting to deal with you because some persons just have a mental block. Even after you have established that you like each other, you often wonder, what if he changes his mind? Those were the challenges in the initial stages," she said.

According to the 52-year-old, it turned out that there were not many issues with regard to dating, noting that she only had one mild negative encounter.

"I had one negative response (while dating), and the truth is, he had his own drama going on, so I wouldn't conclude that my health issue was the main factor that led to us breaking it off. I got married after, got a divorce, and I'm moving on again," she said, laughing.

'It's a breast and I have my children to live for'

Lavern Chin, who was diagnosed in 2015, had a similar story, saying that the thought of not being around to support her children made the decision to remove her breast easier.

"I decided, of all the options that my doctor told me about, to get rid of it. It's a breast and I have my children to live for. I had to say to myself, 'It doesn't determine my image or anything like that, so let's get this over with'. And he had said the sooner the better, because it was malignant and aggressive.

"So every day, you are thinking, that it is spreading. So the longer you wait, the worse it can get. The day before, however, I called Bryan's (studio) to arrange a photo shoot. That morning, I did about four different outfits, and by 2 o'clock, I was in surgery," she recalled.

"After everything was over and you look in the mirror, you wonder if any guy is going to like you, but you learn to cope and move on."