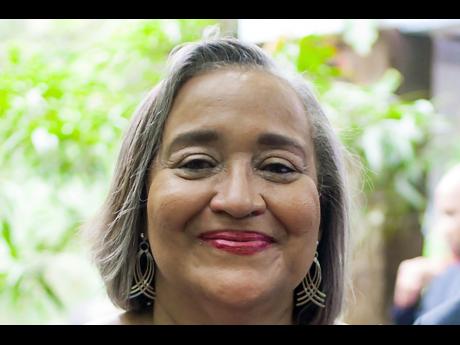 The incidence of some women hiding the fact that they have breast cancer appears to be very high in Jamaica, based on anecdotal evidence. The reasons for doing so are varied and are dependent, to some extent, on the social, economic, and emotional state of the individual in question.

Hiding the disease could have far-reaching implications for those affected, in particular, for those who opt for non-traditional treatments.

According to the Chairman of Jamaica Reach to Recovery, Carolind Graham, the fact that breasts are a major defining feature of womanhood is a major reason why some women hide the disease from even their closest relatives.

"Unlike men, who do not change dramatically (outwardly) during puberty, except for the growing of facial hair, which can be removed, women develop breasts and wider hips. These are permanent features that state categorically, 'We are women,'" Graham reasoned as she responded to questions from The Gleaner.

She continued: "When you are now faced with the possibility of losing a breast, it challenges how you see yourself and how you think others will see you. This, in turn, leads to questions such as 'What caused it? Was it something I did or did not do?'"

Graham said that there is, sometimes, an irrational shame that causes women to hide the disease from even their own families.

From all socio-economic groups

The chairman, whose work at Jamaica Reach to Recovery brings her into regular contact with breast cancer survivors, was quick to point out that women who hide the fact that they have cancer are found across all social and economic groups since the disease does not discriminate. She said that what is different among these women is the difference in the questions they often ask about why they have the disease.

Graham noted that across all strata, women who are emotionally insecure are more likely to hide that they have cancer. "Corporate women often cannot understand how this could happen to them based on their education, financial status, and position in society. [They think] breast cancer is something that should not happen to them."

Younger women are better able to cope with cancer - Graham

Chairman of Jamaica Reach to Recovery Carolind Graham says that women in the lower-income bracket see breast cancer as a result of lack of opportunities, improper diet, and just plain bad luck.

For those dependent on a male for support, the disfigurement of losing a breast is a real challenge. Graham said that based on her experience interacting with women who have been affected by the disease, younger women have a better appreciation of the randomness of breast cancer. As such, they are better able to cope with this challenge. On the other hand, older women are more conscious of their mortality, and as such, do not cope as well.

Like the medical practitioners, Graham has observed that women who hide the fact that they have cancer usually refuse treatment and eventually succumb to the disease. She noted that others delay treatment until it is apparent that their condition is worsening, at which point, they reach out for help. In many cases, it is too late.

While unable to categorically state whether the women she interacts with and who hide the disease are more likely to opt for non-traditional treatment, Graham reasoned that "if you are hiding a medical condition, then you are left up to your own devices to treat the problem. Persons hiding the disease may confide in someone who they think knows something about non-traditional, bush or folk medicine. The jury on the reliability and curative powers of non-traditional treatments is still out. However, in our experience, the mortality rate of persons using these methods is very high".

In terms of the overall implications, if any, for hiding the disease, Graham pointed out that this isolates the patient. She said that for some persons, this is fine as they are able to cope independently. However, she noted that most persons appreciate support while going through the various unknown phases of the disease. As such, she said sharing one's experiences, particularly with others who have travelled the same road before, is both reassuring and comforting.

- Of the myth that the diagnosis of cancer is a death sentence.

- Of the myth that the development of cancer is a curse for something that was done wrong.

- Of fear of being judged.

- Of concern that a cancer diagnosis may lead to mutilating surgeries and will also affect how transparent one may be with this diagnosis.

- Some women who reveal a cancer diagnosis fear they may become less competitive professionally as well as emotionally if they have to compete with other 'normal' women in the workplace and in the bedroom.

- Traditional treatment such as chemotherapy can cause complications of temporary hair loss and skin changes that affect a woman's self-esteem.

- Of misinformation about cancer, its treatment, the outcome, and fear of a cancer diagnosis.