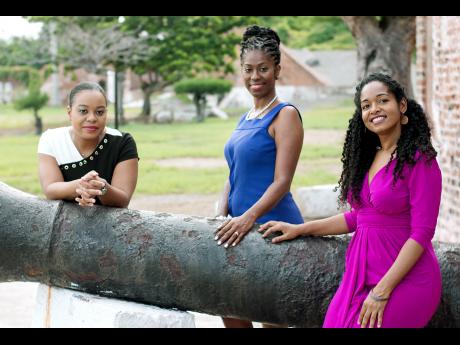 A JAMAICA-BASED development communications entity was recently selected by the Potsdam Institute for Climate Impact Research to present at its Impacts World Conference in Germany.

The workshop session featured presentations on:

- lessons learnt regarding the SDGs and the Paris Agreement;

"It was a tremendous opportunity to share knowledge about the need for developed countries to support the 1.5 targets that small-island developing states need to survive and to sustainably develop," noted Mclymont-Lafayette, who, in addition to Gardiner and another representative from Saint Lucia, were the only Caribbean nationals at the conference.

Overall, there were 450 persons from 68 countries in attendance at the event billed as the leading international conference covering the diversity and depth of current climate impacts research.

The conference was held in mid-October in Potsdam, Germany.

"One of the gaps we identified is the gap that still remains between the science and the research being done on climate impacts and communicating that to the general public globally," Gardiner said.

It is a gap, she added, that the all-female-led CHANGE Communications Limited is looking to help bridge through facilitated public dialogue and education.

CHANGE was established in March 2016 and has, among other things, implemented a project producing promotional videos on the Nagoya Protocol for the International Union for the Conservation of Nature (IUCN).

The three female directors, who include Adene Chung, have also been building their capacity to stay on the cutting edge of development issues, recently completing courses on climate change and the environment in China in August and September.

"A part of the strength of CHANGE are the networks we are building globally and the links we make between development at the global and the regional and national levels," Chung said.

"It is exciting work and we are pushing to impact policy and people's lives," she added.