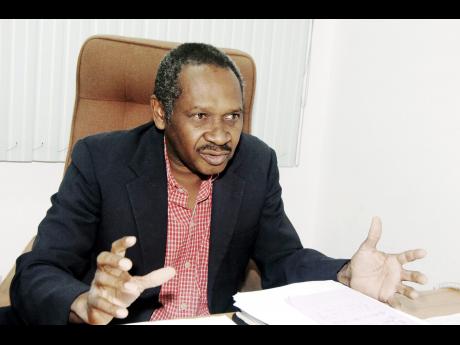 The Errol Rattray Evangelistic Association (EREA) has positively impacted the lives of young men islandwide over the past 13 years, and evangelist Errol Rattray expects that this year will be no different, after the organisation hosted more than 100 young boys from some 30 high schools at the annual Boys' Conference in Kingston on Friday.

Rattray, president of the association, told The Gleaner that the fact that the young men came out in their numbers, despite the weather, was a signal that the event has been doing its part to change lives. He added that this year, 12 boys would receive scholarships valued at $10,000 each.

"The turn out is very good. [We have] boys coming from St Thomas, St Catherine, Kingston and St Andrew, and what we have done is, we have taken 15 boys from each high school; over 30 high schools are here today. I must point out that one of the boys who will be getting an award today, his grades were in the 30s and he attended the conference in previous years; he is now scoring in the 60s and we expect greater things," he said.

He said that despite the challenges in hosting the events, the organisation is determined to do its part in touching young men around Jamaica.

"It's not easy, because we have to feed them and we are not going to present them with anything that is substandard. However, when we hear stories of boys who would have attended in previous years saying that they want to come back, it is a good feeling. When boys enjoy something, it speaks volumes. But we always try to introduce other boys to the programme," he said.

The evangelist said his organisation is considering hosting a conference for girls next year, which will be the EREA's 15th anniversary.

Speakers who addressed the gathering included the Reverend Robert Bailey, director of the Dispute Resolution Foundation; and the Reverend Al Miller, pastor at the Fellowship Tabernacle Church.