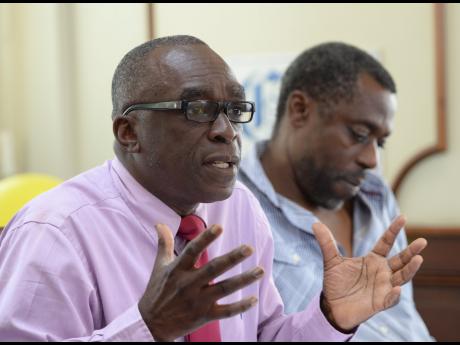 Professor Wendel Abel, psychiatrist, has said that from his observation and research, a contribution to issues such as maternal deaths is the fact that citizens and the State were not affirming their rights.

"Sometimes the focus (of discussion) is to look at services and other gaps, but we constantly have to come back to the rights issues because most maternal and infant deaths are preventable," Abel said. "A number of them when you think about it, are due to social injustices issues around discrimination and access to proper health care. We have failed to affirm our rights," he argued.

Speaking at a Stakeholder Workshop on Maternal, Neonatal and Infant Health, which was hosted by the Women's Resource & Outreach Centre, Abel noted that partnerships have become critical because of the failure to meet goals in reducing maternal health issues.

"No mother should die during her child's birth but unfortunately it still occurs. We are here to form a partnership for the promotion of patients' rights in maternal, neonatal and infant health," he continued.

He also said that the State needs to do more than sign conventions of rights but ensure that they do all they can to protect their citizens.

"Our country Jamaica signed on to a lot of conventions and we realise that as early as the 60s, we have been signing conventions. In fact, in terms of the conventions on the rights of persons with disabilities, I was told that we are the first persons to sign it and so as we sign, the State is obligated confirm these rights," he charged.