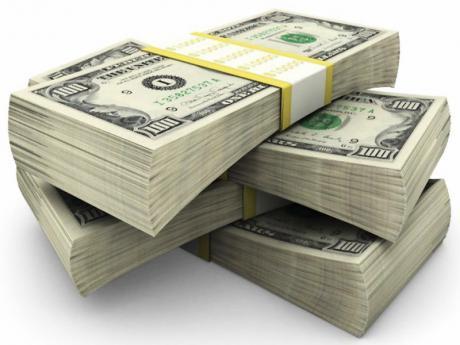 The country’s Net International Reserves (NIR) now stand at US$3.2 billion, putting the country in a better position to withstand external shocks.

This was disclosed by Minister of Finance, Audley Shaw, during the 13th Jamaica Stock Exchange Investments and Capital Markets Conference yesterday.

Shaw said approximately 80 per cent of the NIR is in non-borrowed reserves, noting that Gross Foreign Reserves now stand at US$3.8 billion.

The NIR represent contingency funds, which can enable the country to survive severe external shocks, cope with shifts in investor confidence and natural disasters.

While the reserves are not credited to the country’s revenues, they provide confidence to the markets that external obligations can be met.

Meanwhile, Shaw noted that the foreign exchange market continues to improve, with the rate of exchange appreciating by almost three per cent for the 12-month period ending January19, 2018.

This compares to a depreciation of 6.6 per cent for the corresponding period of 2017.

Turning to other matters, the Finance Minister said the nominal debt stock has been on a downward trajectory during the fiscal year, decreasing by approximately three per cent between April and December 2017.

He noted that the debt-to-gross domestic product (GDP) ratio is projected to fall to approximately 105 per cent at the end of fiscal year 2017-18.

Shaw said it is projected that the debt-to-GDP ratio will be 60 per cent or less at the end of fiscal year 2025-26, and this is in line with the legislated ceiling established under the Financial Administration and Audit (Amendment) Act.