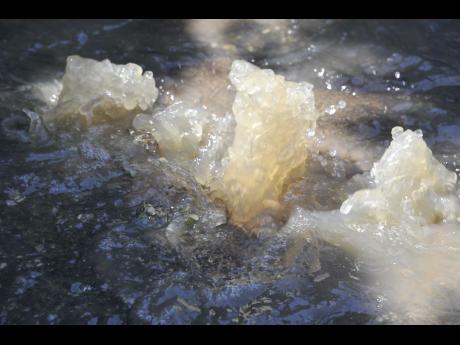 In this file photo raw sewage flows on the street in a community.

The St Catherine Health Department says it is seeking legal advice on how to proceed in addressing the long-standing sewage problem at the New Works Housing Development in St Catherine.

Chief Public Health Inspector for the parish Grayson Hutchinson told The Gleaner/Power 106 News Centre that the problem has been known to the Department for many years and vigorous attempts to address it have failed.

The 55 unit housing scheme with about 300 residents, who claim they hold registered titles, have been plagued with the problem of raw sewage flowing from some of the homes for years.

The Sugar Industry Board and the National Housing Trust (NHT) have both been cited as having involvement in the creation of the housing development.

Hutchinson says neither has accepted responsibility so there is no one to hold accountable.

He says the National Water Commission (NWC) has also indicated it is not responsible for the sewerage system at the scheme.

Councillor for the division Sydney Rose says the residents are restive and have threatened to block the roads.

He says he supports any action taken by the residents to get some attention.