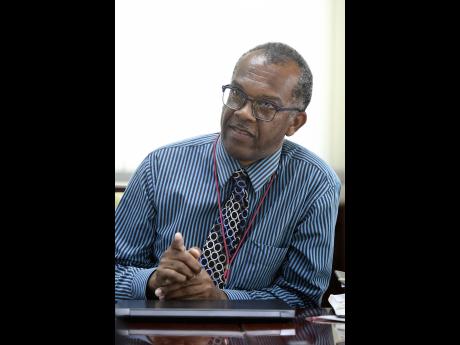 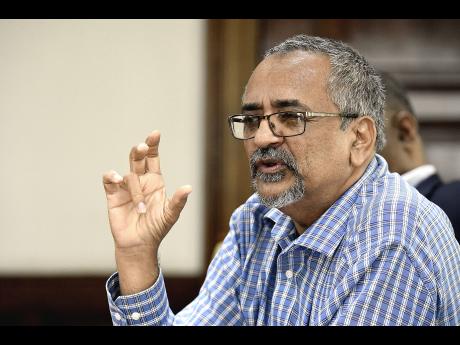 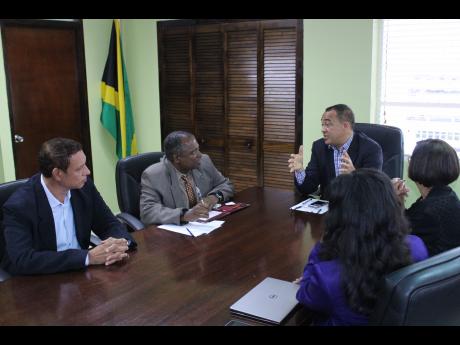 Itching, breathing difficulty, and allergic-type sinusitis were among the top complaints of staff who got ill at the Cornwall Regional Hospital (CRH), which is currently undergoing significant overhaul and upgrade to eradicate mould, which has been identified as the source of its problems.

Officials of the hospital, who were guests at a Gleaner Editors' Forum last Thursday, said the complaints and symptoms of staff remained unchanged although significantly reduced.

"The symptomatology from day one relates to itching, allergic-type sinusitis, and upper airway-type respiratory problems remain the top complaints of individuals. This has been consistent right throughout.

"Subsequently, when it was exacerbated last year, people were complaining of other symptoms. But we have set up a clinic to address these issues. We are looking at them in more details to see how we can deal with them ...," Dr Delroy Fray, clinical coordinator at hospital, told the forum.

"If you don't know, you have to be aggressive, and we have had staff complain of coughing blood, and these people were than examined by senior consultants in that field, evaluated ... and since then that's all we have seen," added Fray.

He said other symptoms displayed by members of staff include a metallic taste that fits the profile of mould exposure, which has resulted in the engagement of a pulmonologist and toxicologist to assist with mapping and tracking.

"She (the toxicologist) has defined, based on world standards, criteria that fit you into an occupational exposure, and she has set up a tracking system now to address any such patients that might fit into that category, so we are not leaving our staff just hanging out there," declared Fray. He said the tracking system will be put in place to follow the affected staff.

According to Fray, staff complaints have been significantly reduced, from as many as between 60 and 70 per week in the height of the outbreak to six per week.

He said two weeks ago, only three staff members presented with symptoms that fitted air-quality issues. "So if you look at the data from last year till now, you can see that the staff complaints have fallen dramatically," declared Fray.

Senior Medical Officer at the facility, Dr Derek Harvey, said the majority of affected persons have been moved out of the area, with most of them being reassigned.

"You may be assigned to Falmouth, and that has helped. Second, if your symptomatology tends to be mild, like itching, you may no longer report, as persons stay off the building. The major sufferers have more or less been reallocated," said Harvey.

Director of Nursing Services Gillian Ledgister said once patients were identified, they were immediately moved from the main building. Ledgister noted that persons who were asthmatic were identified as the ones affected most.

She said every case, staff and patients alike have been documented for proper record keeping.

The Cornwall Regional officials told the forum that despite the challengers there was no mass resignation of staff from the facility, as the resignations were in keeping with the regular movement of nurses and doctors seeking greener pastures overseas.

Health Minister Dr Christopher Tufton recently commissioned a comprehensive study of the health complaints of workers at the hospital to be done by a multidisciplinary team of researchers from the University of the West Indies.

"This work will allow a clinical assessment of the occupational health and safety issues that have emerged, and concerns raised related to the air-quality challenges at the CRH," said Tufton.

"We are committed to ensuring that during these difficult times, addressing the restoration of the hospital, while preserving the services of the hospital, both the interests of patients and staff are fully considered," added Tufton.

According to Tufton, a working group led by Dr Kenneth James - public health consultant and lecturer in the Department of Community Health and Psychiatry at the UWI - has developed the approach to the study.

Other members of the team are: