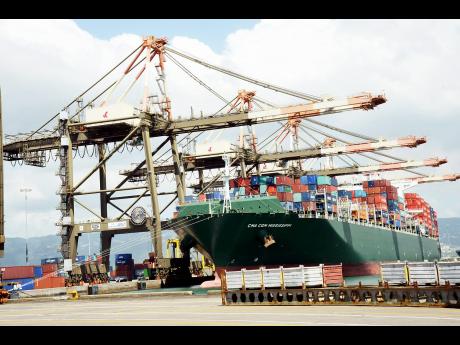 KINGSTON, Jamaica, CMC – Bilateral trade between Jamaica and the People’s Republic of China increased from US$58 million in 2000, to US$382 million in 2017.

This is according to commercial counsellor, Economic and Commercial Counsellor’s Office, Embassy of the People’s Republic of China in Jamaica, Jianghong Fan.

He noted that Jamaica remains China’s largest trading partner in the English-speaking Caribbean.

Fan, who was speaking at the recent launch of Chinese heavy-duty truck manufacturer Shacman’s operations here, points out that besides alumina, Jamaica will shortly commence lobster exports to China, whole adding that his country is the third largest source of local imports.

He also said that China is now the biggest source of foreign direct investments for Jamaica.

This, he noted, is evidenced by the many projects that have been completed or are under way involving about 16 Chinese entities, whose activities have generated nearly 10,000 new jobs.

Notable among these, Fan said, is Jiuquan Iron and Steel (Group) Company Limited (JISCO), which operates the Alpart alumina refinery in St Elizabeth.

The entity plans to invest approximately US$6 billion to expand Alpart’s facilities and production capacity, and to develop the Jamaica-Gansu Industrial Park and Special Economic Zone (SEZ).

This facility is deemed pivotal to the Government’s Logistics Hub Initiative (LHI), development of which is being spearheaded by the Jamaica Special Economic Zone Authority (JSEZA).

The LHI aims to position Jamaica as the fourth node in the global supply chain. The other facilities are located in Dubai, United Arab Emirates; Rotterdam, Netherlands; and Singapore.

The Jamaica-Gansu SEZ is one of a number that JSEZA chief executive officer, Dr Eric Deans, says the agency is developing in 10 parishes.

It is also one of the three largest, the others being the Caymanas and Vernamfield Aerotropolis SEZs in the parishes of St Catherine and Clarendon, respectively.

Fan said the projects being pursued by JISCO, coupled with infrastructure/road developments undertaken and being implemented by China Harbour Engineering Company Limited (CHEC), “are generating economic growth for Jamaica”.

Meanwhile, Industry Minister Audley Shaw, who also spoke at the launch, said China’s engagements in Jamaica are welcomed, and asked Fan to convey to his Government “the high appreciation and regard that the Government and people of Jamaica have for China for this expanding relationship that we have”.