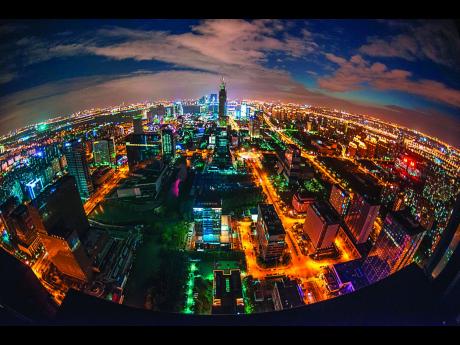 Twenty-one-year-old Tessa John from St Vincent and The Grenadines is making a big step in pursuing her dream of becoming a Caribbean leader in technology.

John is among the first batch of 30 students preparing to move to China for two years as part of a new, four-year bachelor's degree programme in software engineering being offered by The University of the West Indies (UWI).

It is a career path that is expected to become more popular among the Generation Z, or the iGens, typically defined as the generation born between 1995 and 2012.

However, for various reasons, the software engineering industry is gaining traction at a much slower pace in the English-speaking Caribbean than many other territories.

"The UWI is providing the training to drive the regional economy into the digital age in order to enhance entrepreneurship and industry competitiveness, with a view to promoting economic growth," said Vice-Chancellor, Professor Sir Hilary Beckles.

Under the programme, The UWI partners with the Global Institute of Software Technology in Suzhou, China, and formed the UWI-China Institute of Information Technology (UWI-CIIT). Students spend the first two years in the Caribbean at either the Mona or Cave Hill campus and the second two years at the Chinese institute. There, they are fully immersed in the languages and heritage of China and the Asian continent's creative entrepreneurial culture.

Beckles said that producing a class of globally trained software engineers is one of the great contributions The UWI will make at this critical time.

"The UWI-China Institute of Information Technology is located in the heart of the Suzhou, the Silicon Valley of China. Our students will be at the centre of the software engineering world and will also have a post-graduation internship in the tech park."

Beckles said that the UWI is taking full advantage of the China-CARICOM trade treaty in order to create what he called a unique opportunity for Caribbean youth to build out the science and technology culture in the region.

John's passion for technology was ignited in 2013 after she read about a teen who had sold a simple mobile application that summarised news stories to Yahoo for US$30 million.

As a community college student studying computer science at the time, John and her younger brother entered a national competition for mobile-application development and ideas.

They won the innovative idea category and soon after, John joined the first cohort of the UWI-CIIT programme at Cave Hill in Barbados.

She is now entering her third year and moving halfway across the world to study.

"I saw how important it was for technological advancement in the Caribbean, and especially my country, in this digital age," she said.

John said that she hopes to help develop the Caribbean region, and as an advocate for entrepreneurship, encourage innovation through technology.