More breathalysers for cops by Christmas 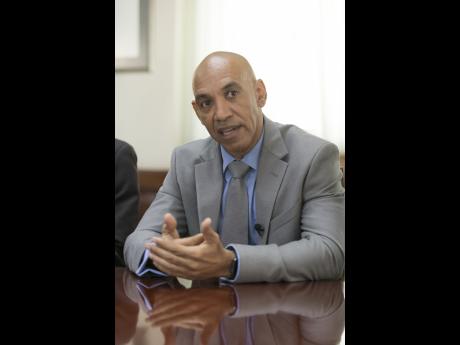 Members of the recently formed police Public Safety and Traffic Enforcement Branch (PSTEB) should have more breathalysers to work with by Christmas.

According to Police Commissioner Major General Antony Anderson, the first objective of the PSTEB was to regulate the back-to-school traffic and build public trust for the constabulary. But the PSTEB will expand its focus into other areas shortly.

"Full capability will come in December, and that's when the need for breathalysers will increase. It is something that we will be adding to the mix," said Anderson, as he admitted that there is a shortage of breathalyser machines for the police islandwide.

"We were looking at more speed-related things and those types of offences ... It (breathalyser) is a very important tool and we are going to have to look at it," added Anderson.

The PSTEB, a merger of the Police Traffic and Highway Division and its Motorised Patrol Division, is primarily charged with restoring and maintaining public order, traffic enforcement, and crime reduction.

In January, Dr Lucien Jones, vice-chairman of the National Road Safety Council, questioned the efficiency of the police breathalyser testing capabilities when only 14 of the more than 6,000 motorists subjected to tests were found to be above the alcohol prescribed limits in 2017, despite concerns that drunk driving could be a factor in many road fatalities islandwide.

The then Police Traffic Division reported that it conducted at least 6,037 breathalyser tests in 2017, up from 5,051 in 2016 when fewer than 20 motorists were found driving drunk.

"We are not satisfied that we are getting the correct figures (from the police), and we just have to look at what obtains elsewhere in the world. We don't see why Jamaica is any different," Jones told The Sunday Gleaner then.