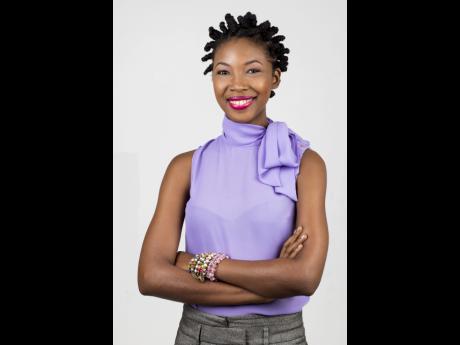 Sometimes it's in the face of tragedy that people often realise their true purpose.

Five years after her diagnosis and having successfully beaten the disease, Kamala is now helping other women fighting similar battles. She is one of five warriors who are telling their stories as part of the JN Bank's Power of Pink campaign.

In 2013, during Breast Cancer Awareness month, Kamala was diagnosed with ductal carcinoma, one of the most common forms of breast cancer.

"I remember having a nagging itch in one of my breasts, which led to the discovery of a lump. After going to my doctor, who recommended an ultrasound and a biopsy, I received the dreaded news," Kamala recalled.

"It really hit me hard, because I honestly never expected it. I have no history of breast cancer in my family and I was considered pretty young," added Kamala.

With the support of her mother, aunts and friends, Kamala was able to withstand treatment, which involved surgery and chemotherapy.

"It was not easy. I cried. I questioned God. I would never wish breast cancer upon my worst enemy, but with lots of prayer and support and a renewed faith in God I accepted my diagnosis and decided to fight for my life," she said.

Now cancer free, Kamala is using her battle wounds as a driving force to help others.

"I now have a heightened sense of gratitude for life and believe that I am here for a reason," she said.

Through her White Lotus Blooms organisation, which she formed a few years ago, Kamala has been seeking funding from corporate Jamaica to help women currently battling the disease.

"I have a group of women who I found through my oncologist, who are in dire need of assistance. Most of them are from vulnerable communities and they do not have health insurance. Therefore, the exorbitant cost of treating breast cancer has been an immense burden for them and their families," said Kamala.

"So far, I have not been very successful in getting the kind of funding I need for these women. I have been turned down by a few companies that I have approached, but I have put a proposal together and I will not give up," she added.

Kamala noted that the cost of treating breast cancer can be as burdensome and as debilitating as the disease itself, with medications costing in the millions, in addition to surgery and other necessary tests.

"Some of them are also unable to work during treatment and would need financial assistance to afford simple living expenses like food and transportation costs. There is one lady, who lives in Manchester and has to travel to the Kingston Public Hospital for treatment. She's a household helper and will not be able to continue to work once she starts treatment."

The 35-year-old psychologist and entrepreneur has been focusing on helping women survive the physical and financial struggles of battling breast cancer, and has also been assisting them to cope with the emotional effects of the disease.

"As a trained psychologist, I knew this was a sure way I could help. Therefore, I've extended the focus to deal with women in general to provide counselling and other support. Not just for women with breast cancer, but also those struggling with depression, low self-esteem and those in abusive relationships.

"These are issues which, I believe, if left unaddressed can grow into cancers of the mind," argued Kamala.

She plans to host several 'life counselling' sessions across the island. Her first class was held in March, which saw 13 women coming together to learn about love and acceptance.

"The theme of the class was 'When love hurts so good'. The idea was to correct the 'miseducation' and the myth that love has to hurt or has to be painful to be real," she explained.

"I have also produced a workbook and online courses to continue the support far beyond the live classes," added Kamala, who is now seeking funding to host her second workshop in January of next year.

She said part proceeds from the workshops will be used to assist selected 'Pink Warriors' with the cost of diagnostic tests, medication, chemotherapy and radiation, surgery, prostheses and associated costs.