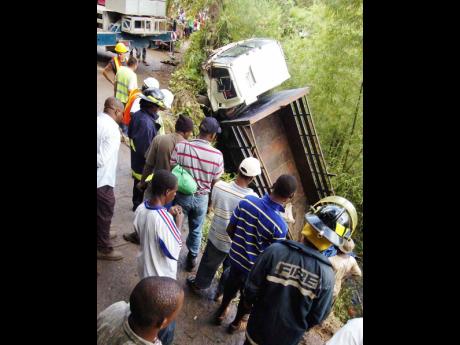 Ricardo Makyn
People watch as a crane removes the truck which plunged into a ravine in the Rio Grande Valley, Portland on December 19, 2008. 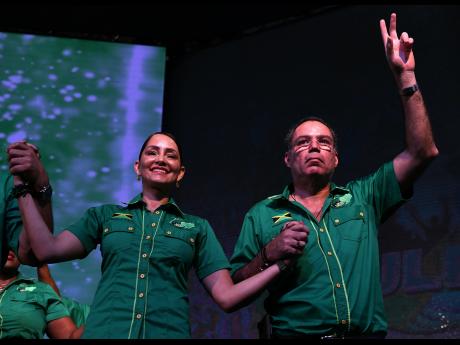 Ricardo Makyn
Daryl and Ann Marie Vaz have pledged $250,000 to the fund to help children of the victims of the Rio Grade Valley crash 10 years ago. 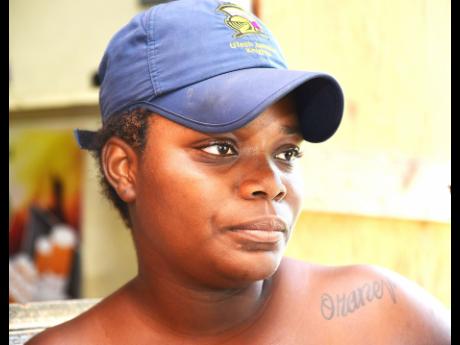 Kenyon Hemans
Lisann Lewis says she could not sit external exams because there was no money after her father died in the Rio Grande Valley crash 10 years ago.
1
2
3

Daryl Vaz, the West Portland member of parliament who was the Government's point man following the motor vehicle accident which left 14 persons dead in 2008, has expressed surprise at claims that some of the children of the victims have had problems accessing educational opportunities because the fund set up to provide support has run dry.

Following a series of articles in The Gleaner last week to mark the 10th anniversary of one of the worst road disasters in modern Jamaican history, Vaz told The Sunday Gleaner that he will work to ensure that the children who lost a parent in the tragedy are provided with the resources and support required to ensure that they can attend school and sustain themselves.

Vaz also announced that he will be working with his wife Ann-Marie, who is slated to represent the Jamaica Labour Party in the constituency in the next general election, to present $250,000 to the 'Helping Hand Revolving Fund' which he conceptualised after the December 19, 2008 disaster.

According to Vaz, he has recently given instructions for an assessment to be carried out to determine how many children of the victims are still enrolled in schools at whatever level.

"This incident is etched in my mind for life," said Vaz.

"I was the first government representative to reach the scene of the incident, accompanied by my wife, so I saw the actual pain, agony and suffering of those persons who were injured and some were pinned under the truck.

"I took a decision that night, and an oath that not only was I going to assist with the funeral arrangements, but also that the kids who were left behind were of paramount importance, hence it was my brainchild to set up the fund with the support of then Prime Minister, Bruce Golding," added Vaz.

For Mrs Vaz, the night will remain in her memory for ever. "When I got to the scene and heard the cries of agony, it is a sound I will never forget. The only comfort that horrific night in the Christmas season was the unity of the people who tried to help their suffering neighbours.

"I felt proud to be a Jamaican because that is what we do best, help each other in a time of crisis," Mrs Vaz added, as she underscored the family's commitment to top up the fund.

It is estimated that around 50 minors lost a parent when a truck transporting higglers from Portland to Coronation Market in Kingston plunged into a ravine at Dam Bridge Portland, killing 13 adults and one child.

Vaz said that the assessment should give projections to ensure that every single child affected by the loss of a parent is assisted in some way.

"Once we have that figure estimated, we will know how and what is required to be done going forward, in terms of private sector and government funding. My commitment is to top up the fund so that January, those who are in need of assistance can meet their expenses," said Vaz.

He added: "The aim is to see them through; assist them to the point at where they can go out on their own after school and make a life of their own".

Vaz pointed to information that he was given by the Portland Municipal Corporation, the body responsible for managing the fund for the children of the victims, that to date, $4 million have been disbursed to them.

He said that the report showed that the last tranche of funds, $926,350 was received in May with $587,235 spent on the children of the victims for back-to-school expenses in September, leaving a balance of $339,115.

According to Vaz, disbursement of the money to the children of the victims started in August 2009 and continued until 2013, when there was a break in the programme.

He told our news team that at the last check in September 2018, eight school-age children with four parents or guardians were left on the programme. Two of those eight had qualified for tertiary-level education.

Vaz said that those eight children were assisted with books, uniforms, school appliances, and school fee to start this school year.

Last week, Shane Rogers, who lost his father, Lebert, in the tragedy, said that he relies heavily on securing painting jobs or washing walls to get money for school and to purchase food.

It was a similar story from Lisann Lewis, whose father, Aaron, was one of the victims, when she was only 12. According to Lisann, who is now a mother of two, the death of her father left the family struggling financially to the point where she was unable to sit external exams.

"When I reached 11 grade I was entered to do seven subjects and I couldn't do it. I wasn't going to school frequently, because my mother couldn't afford to send me to school, so I missed like one year out of school. Sometimes me go, sometimes me no go, so it never make any sense.

"My mother got me transferred the next year to another school because it was closer. I went there for like five months, I started school in the February. I got recommended to do two subjects.

"When my mother seek around and finally got the money, I didn't think it was a good idea for me to do it because I missed a lot out of school and I didn't want her to waste her money because she didn't have it. She actually borrowed it from her sister. Plus, I didn't see in any way that I would pass the subject so I told her not to pay for them," said Lisann.