I am hearing from God - Bishop Rowan Edwards 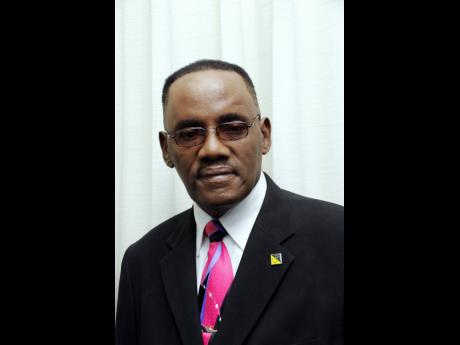 Popular Spanish Town Bishop Rowan Edwards said, as a minister of  the Gospel, he is doing just what the Lord shows him.

"As a prophet, I must let this country know that I am hearing from God," Edwards told Family and Religion after official police statistics show that there is a 21 per cent reduction in murders islandwide, fulfilling a prophecy he made in April that was reported in The Gleaner.

"I speak to murders because I am from a place where murders are committed frequently, so I talk to God and I told God that if he going to do anything in the community, He should tell me first," Edwards said while refusing to give a direct response to the questioning of his prophetic gift by Gleaner commentator and pastor of the Boulevard Baptist Church Devon Dick, in a recent commentary.

"God said Moses is as a friend and he spoke to Moses as if He was speaking to a man. God showed me a lot of things, especially in politics and I am able to tell my congregation. I give God thanks that there is tremendous blessings," Edwards said.

He expressed disappointment with the move by members of the Opposition to vote against the limited state of emergency. "It is unfortunate that they would do that when we are seeing signs of progress," Edwards lamented.

"The police are working with the people. We will continue to be a praying people because we cannot allow the negative to overcome us. As a church, we will continue to fight against, pray against, and stand against evil until we see a turnaround in this country," Edwards declared.