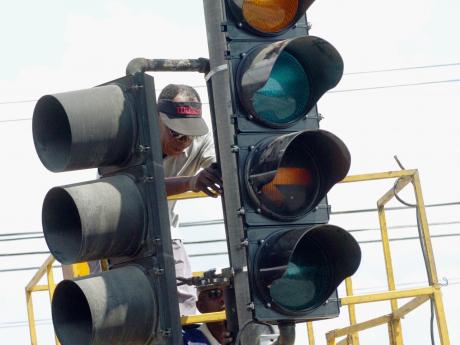 The National Works Agency (NWA) is reporting that traffic signals along the Mandela Highway have again been vandalised.

According to Manager, Communication at the NWA Stephen Shaw, the traffic signals, which are located near the entrance to the North/South highway, were discovered to be out of operation on January 2.

The NWA says this is the second time, in less than five months, that the traffic signals have been rendered inoperable by vandals.

Shaw says an assessment revealed that signal cables, which operate the lights, had been burnt.

Shaw further explains that the fire also destroyed the pull box which housed the cables, the traffic signal cabinet and parts of the mast arms on which the lights are situated.

He estimates that repairs will cost some $1.25 million, however, a timeline for the repairs has not yet been determined.

Meanwhile, noting that the affected traffic signals also accommodate pedestrian lights, the NWA is encouraging motorists to be on the lookout for and yield to persons attempting to cross the roadway.