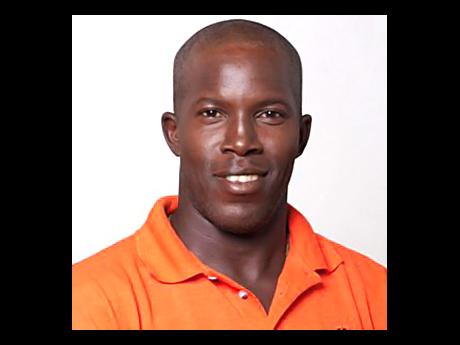 At least one councillor in the St Thomas Municipal Corporation has responded with stark objection to the announcement that yet another sum of money is to be slashed from the Southern Coastal Highway Improvement Project, which is to see to the rehabilitation of the parish's main thoroughfare.

The additional $1.7-billion cut from the project was declared as part of the Second Supplementary Estimates for the current fiscal year, which was tabled in the House of Representatives on Tuesday by Finance Minister Dr Nigel Clarke.

Councillor of the Llandewy division Edwin Marr described the revelation as a slap in the face for St Thomas.

"As elected representatives, we are accountable to the people of St Thomas, and we have a responsibility. And in regard to the highway-improvement project, we believe that St Thomas has been short-changed.

"Further slashing of the initial allocated funds is a slap in the face for the residents, and we are requesting that we have some immediate answers from the powers that be to ensure that there is some clarification as to whether there will be a reallocation of funds for the 2020-2021 financial year because we are concerned," he said in his address to the council on Thursday.

Also of concern, according to Marr, is the extensive patching work that has been taking place across the parish and whether residents should consider it as temporary or as a replacement to comprehensive road plan that they were faithfully promised by the Government.

According to him,"We have not heard anything in terms of response from neither of the St Thomas members of parliament (MPs) who are sitting in parliament where these revelations are made, and we are calling on them to expose some things to the people so we can be comforted."

The irate councillor, who raised issue with the lack of consultation between the parliament, various agencies and the local government, said, "More respect needs to be shown to the council as a board of authority in the parish. All we're seeing is releases and stories in the media, and no consultation is being made. We are being put on the back burner."

The councillor also lashed out on the lack of activity regarding the Morant Bay Urban Development Centre, a major establishment, which was expected to begin last year.

In his brief response, Mayor of Morant Bay and head of the St Thomas Municipal Corporation Michael Hue said a letter will be sent to the National Works Agency inviting them to a meeting to discuss the new developments regarding the impending rehabilitation.

He also revealed that based on information received from Factories Corporation of Jamaica, the ground-breaking ceremony for the development centre is to happen within this quarter.