Shanese Watson gives back to her community 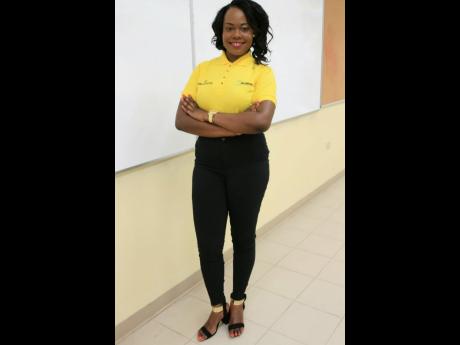 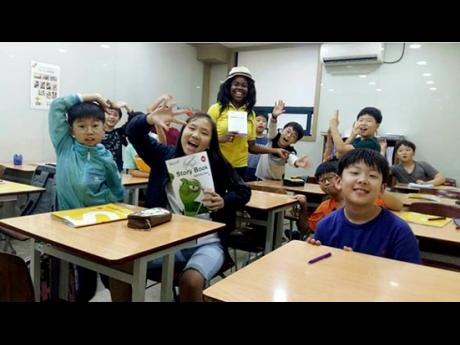 Contributed
Shanese Watson and some of her Korean students enrolled in the Reading Duo, an initiative of the Young Scholars Global.
1
2

Service before self may seem an unfair request to many, but to Shanese Watson, high achiever and philanthropist of Prospect, St Thomas, the mission is greater than the 'me'.

Having realised that literacy and unemployment were the two main issues affecting her parish, Watson, who was a recipient of the Governor General's award for Excellence in Academics and Community Service in 2014, used her influence to establish the Young Scholars Inc, a then parish-focused programme for improving academic performance through youth projects.

The programme hosted its first conference and award ceremony in 2016.

Then later came Watson's acceptance as part of the Korean Government Scholarship Programme to study for a master of science in international trade and finance at Kongju National University, an opportunity she had been denied a year before.

The new environment, however, didn't blur the vision she had for young people.

She explained: "We extended the programme to Korea, Young Scholars Global, under which I have two programmes running: the Reading Duo, an initiative formulated for slow learners in which students are encouraged to read in pairs then give summaries of content and ideas. This programme was launched in three Korean schools and has since helped the students in learning English.

The other is our International Teen Scholar Awards, which identifies teens studying internationally who have shown exemplary scores in academics and have impacted their country through co-curricular or community initiatives. So far, we've awarded 30 Korean students. We will also be establishing these programmes in Japan in May of this year."

Poised to graduate in August, Watson told The Gleaner that she hopes to give back to the development of Jamaica and continue her work as the Good Samaritan.

"I will use the knowledge and training that I received in the master's programme to find ways in which Jamaica can export items such as coffee to South Korea.

"Generally, I want to continue to be a philanthropist because being a governor general awardee helped in being selected for the scholarship, so I want to continue to give back to our teens in Jamaica and advocate for youth development," she said, adding that she would also be using her experience as an international scholarship recipient to motivate the students that are part of her Young Scholars Programme to have an open mind when considering studying abroad and to also share tips on how to get similar opportunities.

In addition to her youth programme, the daughter of St Thomas also operates a business called Korean Skin Care Ja, where she provides various Korean products to local consumers.

Of the fuel to her drive, the 27-year-old said, "Being deemed a country girl or the 'Wow! you come from St Thomas?'

It's been a huge motivation to really show persons that being born and raised in a specific parish doesn't limit your experience or what you can accomplish.

"Also, I try to surround myself with acquaintances and friends that are positive, inspirational, and supportive of the different visions I have in terms of philanthropy or business because to stretch yourself in so many things comes with a lot of sacrifice, financially and socially."