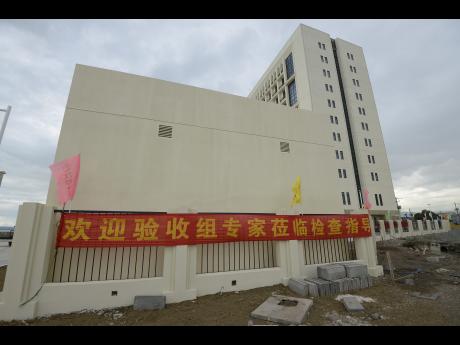 Ian Allen
Ian Allen/Photographer A sign in Chinese only on the under construction Ministry of Foreign Affairs building in downtown Kingston. 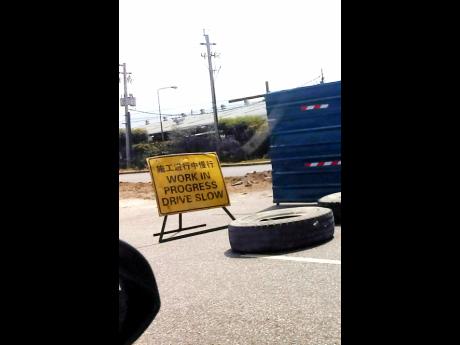 Contributed
File A sign in Chinese and English on a CHEC project.
1
2

Faced with growing criticisms, China Harbour Engineering Company (CHEC) has decided to pull all flags, signs, and banners bearing Chinese symbols without their English translations on its construction sites across the island.

Allan Brooks, communication consultant for CHEC, said that while there is nothing untoward about the signs which are on display at a number of the construction sites operated by the company, it is unacceptable that there are no English translations beside them.

"We are conducting site visits with a view of removing the flags and developing a protocol governing all announcements. All announcements must be displayed in both English and Chinese. That is non-negotiable," Brooks told The Sunday Gleaner.

"Any signage that appears to exclude Jamaicans, whenever and wherever it happens, we will be taking steps to address it," said Brooks.

He argued that it is customary for construction companies around the world to advertise other projects through banners.

"Sometimes it is just an oversight, but it is not a policy of the company to put any signage in place at any of our projects sites in Chinese alone. It is just not done and it is just not acceptable," said Brooks.

He said that some of the Chinese signs that are seen at the sites around the island translate to 'honesty', 'dedication', and 'innovation'.

"It is not that you are giving specific instruction to one segment of workers with the exclusion of others," said Brooks.

The communications consultant said that he has already asked that some of the Chinese symbols on the Constant Spring Road construction site be removed.

CHEC sites include the Mandela Highway and the Three Miles overpass at Portia Simpson Miller Square.

Another entity out of China, Jiangsu Jiangdu Construction Group Ltd, which is the main contractor of the new ministry of foreign affairs building in downtown Kingston, has also erected Chinese signs, flags and banners without their English equivalent.

Last November, Chinese Ambassador Tian Qi, who sought to allay fears of China 'taking over Jamaica', agreed that it was wise for there to be English translations of Chinese signs on construction sites, and at other Chinese site locations.

"I think it is good advice," he responded, during a press conference with Minister of Industry, Commerce, Agriculture and Fisheries Audley Shaw, who was providing an update on his trip to the China International Expo.