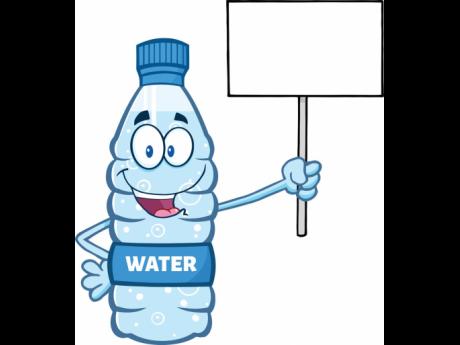 Water is life – a commodity which is difficult for man to survive without. I believe that the value of water is even more than that of gold and diamonds, and that this will be undoubtedly evident in the future. The issue of water is number six of the 17 United Nations Sustainable Development Goals.

The World Bank and the United Nations are sounding the alarm about a global water ­crisis ahead. The report, based on two years of research, says that 700 million people are at risk of being displaced by intense water scarcity by 2030. More than two billion ­people are ­compelled to drink unsafe water, and more than 4.5 billion people do not have safely ­managed sanitation services.

There is a crisis brewing and most of the world’s leaders are putting this issue on the backburner. Many are focused on crime and the economy without realising that water is life! Without proper planning and preparation, this pending water crisis can trigger absolute disaster; and I know that should this happen, many would blame climate change.

There is a lot of water worldwide, but not much of it is drinkable. With all the pollution that exists in our world today, in addition to the floods happening worldwide, millions living in the river basins, people carrying out building and infrastructural expansions across the board, we are looking at a water crisis in the eyes. Most countries, particularly in the Caribbean, have not done much to upgrade, improve or expand their water-processing systems, plants and technologies, and they have not developed their wells and springs. Most are spending more time working on their roads, building new roads, expanding security, and so on. In the very near future, it is the countries who have water that will have power.

Water is mentioned in the Bible more than any other material/resources (Genesis 21: 14-15). David, Jeremiah and Jesus all told us the importance of water, physically and spiritually. Water existed before the earth, as we came to know it, was formed, and the entire economic foundation of earth was created out of water, even before man was formed. This should give us an idea of how important water is to the existence of every living thing on this planet. We all depend on water. It also carries the symbol of ­abundance, blessing, the Holy Spirit, cleansing, purification and the Word (of God).

In the Bible, water shortage would be deemed as a curse. Further, the scriptures in 2 Kings 2: 19, shows us that a city can be in a good place but without water, the land will be unproductive. Archaeologists have determined that a good spring and good quality of water were the determining factors of where someone would settle.

Water was so important that the commodity and its sources were highly guarded. They knew that if the enemy was going to sabotage a nation, they would attack their water system. That being said, what do you think could potentially happen to the ‘land of wood and water’?

I wouldn’t be surprised if the next world war started over water, because conflicts and wars have occurred in the past between ­neighbouring nations (Genesis 26).

In biblical days, water was important to both ancient Israel and Palestine – essential for the daily needs as well as agricultural pursuits. Drought and famine would cause the people of God to come unto Him. God would use water as an indication of His displeasure with, or judgment of, His people. The drought and the dying of the livestock would bring the people back to God.

It is critical for the Caribbean and Latin American nations and all Third-World nations to begin putting plans in place, and they must be careful not to be persuaded by any nation or international lenders to divest their water. Instead, they should begin to put a team in place who are critical thinkers to identify springs, dormant wells, a good water table, and put plans in place for safeguarding and developing such areas, with a view to sustain the nation and exporting this invaluable resource.

There also needs to be a flat-rate meter ­system in place for the poor.