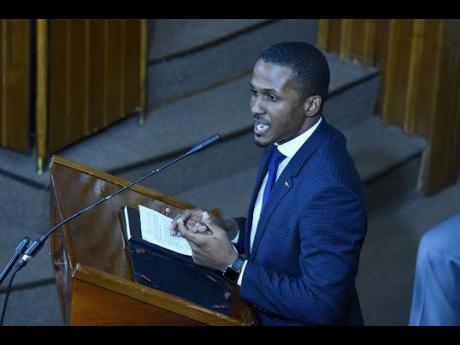 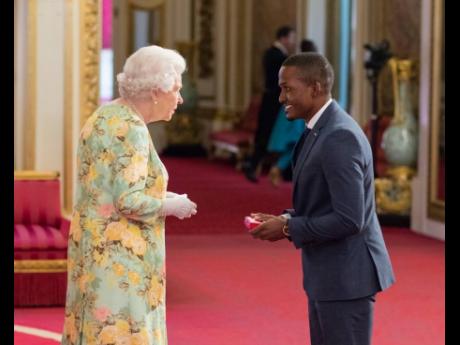 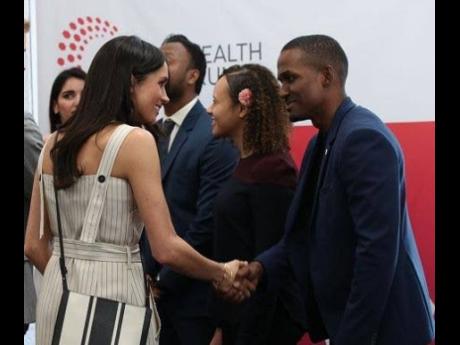 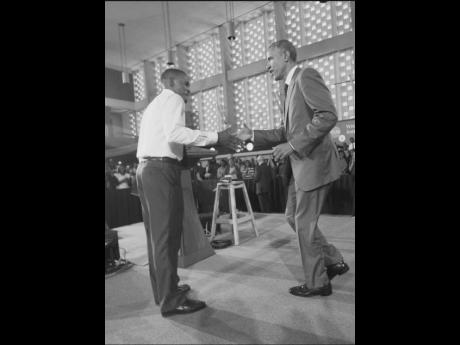 At 25 years old, Aubrey Stewart has achieved more than many others have accomplished over a lifetime.

The outgoing chairman of the Youth Advisory Council of Jamaica (YACJ) is a Jamaica House Fellow, a recipient of the Queen’s Young Leaders Award and the Prime Minister’s Youth Award for Leadership, and has earned various academic awards.

With his many achievements, the Cornwall College old boy remains true to his humble roots in Albion Lane, Montego Bay, St James.

In fact, he believes that it is his modest beginning that has influenced the direction of his life towards serving others.

“I grew up in a household with my mother, grandmother and my two sisters. My father was absent during the early stages of my life. It was a really tough situation growing up because my mother and grandmother did not finish high school, so educationally, I did not have that support,” he recalls.

In 2009, while a 15-year-old student at Cornwall College, Stewart started the Youth Organisation for Upliftment (YOU), an umbrella entity that helps young people in St James to gain the training, tools, and materials they need to make a positive change in society.

Out of that organisation has emerged the RuJohn Foundation, which provides scholarships, food grants and general assistance to youth in the parish. The foundation also stages summer camps to connect young people with international personalities who are specialists in their field.

The RuJohn Foundation has, to date, impacted the lives of over 1,000 youths.

Stewart’s service did not go unnoticed, and in 2011, he was awarded the Prime Minister’s Youth Award for Excellence in Leadership, as well as the National Young Leader Award from the Council of Voluntary and Social Services for Outstanding Volunteerism.

Also in 2011,YOU sent a project proposal to the Music Television (MTV) United Kingdom (UK) Staying Alive Foundation and received a grant of US$10,000, which aided in the execution of several projects across the island.

The organisation also made a film called On the Edge of Desire in 2012, which was aimed at educating young people about HIV.

The group received another grant of US$10,000 by MTV UK that funded YOU’s ‘Crime Out’ Campaign, which encouraged young people to take a stand against crime within their communities.

The group also held a peace march, which brought together several churches in the parish.

These and other initiatives earned YOU the Prime Minister’s Youth Award for Excellence in Youth Work and Community Service in 2014.

One of the highlights of Stewart’s life to date was introducing then President of the United States of America Barack Obama as the guest speaker at a town hall held at The University of the West Indies (UWI), Mona, in 2015.

“I always say that was one of the most life-changing events of my life. Just coming face to face with [Mr Obama], speaking with him, and looking at the person that I really aspire to be. When I saw him, knowing that this man is the most powerful man in the world, and to shake his hand and to hug him, for him to show me love, and vice versa, it was an amazing pleasure, and I hope to meet him again one day,” says Stewart.

Over the years, he has earned even more awards and accolades for his academic excellence and voluntary service.

In 2015, he received the UWI Mona’s Premier Award for Leadership, making him the first student from UWI’s Western Jamaica Campus to receive that award. After earning his Bachelor of Science degree (with honours) in political leadership, strategy and management, he went on to complete a master’s degree in government, specialising in comparative politics and political theory, and received the award for the most outstanding final thesis paper.

Stewart says his interest in politics is to “understand issues that persons are facing and put forward policies that can improve their lives”.

In March 2017, he was selected as one of eight Jamaica House Fellows, giving him access to the prime minister, portfolio ministers and senior personnel in Government.

The Jamaica House Fellowship programme has the strategic objective of encouraging the ­practical involvement of young people in the governance and policy decision-making processes at the highest levels of government.

That same year, Stewart was appointed chairman of the YACJ, which is a team of 16 young people appointed by the Ministry of Education, Youth and Information.

The YACJ facilitates dialogue between young people and all ministries, departments and agencies, and seeks to ensure and enhance youth participation in all levels of decision making, programme implementation and oversight. Stewart’s two-year tenure with the YACJ ended last month.

“Under my leadership of the YACJ, we revamped the Youth Parliament to enable persons to serve for one year. We have also made various presentations to Parliament as it pertains to youth policy and as it relates to having a father’s name on a child’s birth certificate, among other things,” he said.

In June 2018, Stewart received the Queen’s Young Leaders Award, which recognises young leaders from Commonwealth countries who have displayed exemplary community leadership and have utilised their skills to transform lives. Stewart received his award at Buckingham Palace from the Queen and also met with the Duke and Duchess of Sussex.

“Those awards came as result of me dedicating my life to service and leading the people that I came in contact with in my community, because I never really had that leadership support from my family or friends. In creating [that support for others], it opened many doors for recognition,” Stewart says of his achievements.

The young man has no ­intention of slowing down and has partnered with other youth leaders to form a consultancy “that could help to shape how we want Jamaica to look”.

He said that he also wants to pursue a PhD. Stewart says his passion for service comes from a desire to help others improve their condition.

“The fire comes from so many places – from my family situation, knowing that I have to make a difference there. I want to do so many things so that my family (and others) can be better. When I see people struggle, it motivates me, because what I do could ­potentially impact their lives. Knowing that gives me an extra push,” he adds.

Stewart admires his grandmother most.

“She represents strength, power and everything I am today. If she and my mother were not in my life to keep me on track and help and guide me, I do not know where I would be.

“When my grandmother went on the street to vend to get money for us to go to school, that ­represents strength to me,” he says.