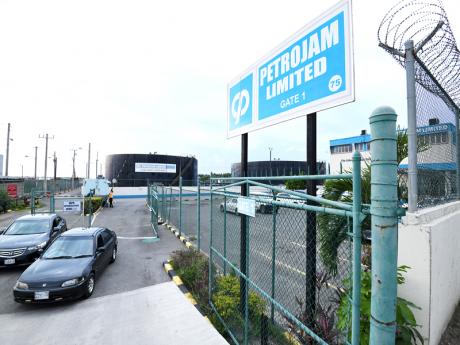 File
A section of the Petrojam oil refinery in Kingston.

Energy Minister Fayval Williams says no illegal connection has been found on any of the 23 underwater oil pipelines owned by Petrojam.

She made the announcement this morning at a press conference held at the Petrojam headquarters on Marcus Garvey Drive in Kingston.

The energy minister indicated that she received the report on the diving mission carried out by members of the Jamaica Defence Force (JDF) in a letter dated February 22.

This comes after suspicions were raised that oil was possibly being siphoned off from the state-owned oil refinery, prompting an investigation by the energy ministry.

The suspicions came on heels of an audit by the Auditor General Department which found that some 600,000 barrels of oil could not be account for over a five-year period at the state-owned oil refinery.

“The  operation was conducted with approximately 14 divers and took place on a daily basis because the Kingston Harbour is not the most simple place to dive and we needed to ensure that we did a comprehensive job. So all the pipelines were surveyed visually and by hand when divers basically felt along the pipeline to detect any anomaly, any attachments that would have been there,” Prescott said.

Meanwhile, Williams indicated that investigations are being carried out by the Jamaica Constabulary Force (JCF) to clampdown on the illicit gas business.

On Friday, detectives from the Counter-Terrorism and Organised Crime Investigation Branch (C-TOC) arrested and charged a 76-year-old woman in Greenwich Town, Kingston 11 for breaches of the Petroleum Act.

The unidentified woman was reportedly caught with fourteen 45-gallon drums of petroleum, one gas pump and 12 empty drums.