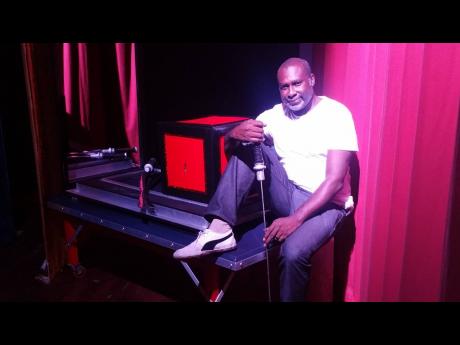 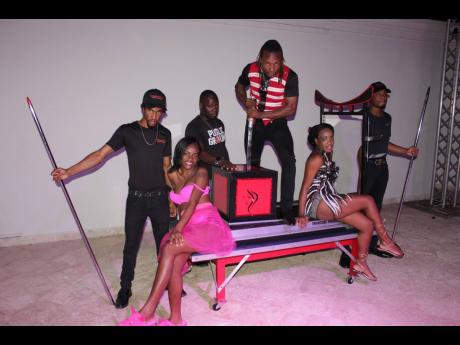 Contributed
Some of the people employed by Andrew Bruce.
1
2

Starting his own business has been a magical experience for Jamaica’s master illusionist, Andrew Bruce, who currently offers clean entertainment through his company Trickstars Production.

The fledgling business venture was conceptualised several years ago, but it was not until about two years ago that Bruce started to make the necessary steps towards launching it. Along with magician Kemarch Dodd, he hopes to continue creating shows that will leave a lasting impression on patrons.

“From the perspective of production itself, it is fairly young,” he said of the business.

Jamaica’s cultural and creative industry has got increased focus in recent times due to its continued contribution to the country’s economy. There was approximately $300 million worth of capital expenditure from investments by the creative industries in 2015. For the 2016-17 financial year, some 2,571 jobs were created by the film industry alone, compared to 1,406 in the previous year.

Trickstars Production currently has 10 employees, including Bruce’s wife, who is responsible for overall management and promotion of the organisation.

Most of the performances are currently being done by Dodd, who has been performing locally and internationally at hotels and other venues for years. However, Bruce also performs a wide range of illusions, such as the motorcycle appearance, cutting a woman in half, levitation and death saw.

“We have been getting a lot of positive feedback, because what we are doing is not here in Jamaica per se and to my knowledge, I don’t remember it has ever been done like this at this level,” he said.

“When I look around in terms of entertainment, I realise that entertainment is basically skewed towards stage shows and reggae dancehall. So we think this is something new and we think that because of the nature of it, it has excitement, it has humour, it has suspense and you are basically going to see things that aren’t supposed to be, things that are unbelievable, so we think people will want to see it,” said the illusionist.

Bruce has been an electrical engineer since 1995 and worked at the Jamaica Public Service up to 2005. He then started working independently.

“The magic is more like what you would call your dream thing. But the engineering is something that came up after school and university and study,” he explained.

Access to capital was a major issue for Bruce. Illusion equipment is very costly.

“If you are to purchase the equipment, they are really expensive. So one of the boxes that we use can cost you in the region of US$3,000 to $4,000, and that is the cost before shipping and duty. You cannot purchase it here, you would have to buy it overseas,” he said.

“To get around that, we had to do a lot of research, a lot of study and fabricate them ourselves,” said Bruce.

There is also the general perception that their magic is supernatural.

“We have a challenge to convince people that no matter how impossible the performance looks, it is accomplished by natural actions and skills, mastered with years of practice,” he said.

“Remember, we are not doing ‘real magic’, merely creating illusions based on sleight of hand, psychology and other subtle concepts in order to create the magic in the minds of the audience. It follows that we have to continually come up with new and innovative ‘tricks’ that will baffle and entertain, without the general public figuring out how it is done. To know how it is done destroys the magic,” he added.

The company currently does not have a physical space and so equipment for live shows are stored in a truck they have acquired. Bruce and his family, who live in Trelawny, then move around with the team to various venues to perform.

“This thing has been with me like for years now, so we just come together now and we are trying to make it a reality,” he said.

The company does live performances for companies, for promotional events and other occasions.