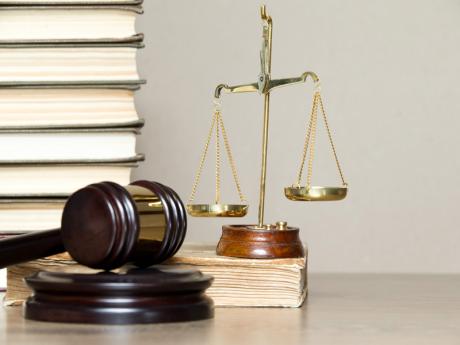 A former member of the Uchence gang today testified that he used to sell stolen cell phones, televisions, laptops and other items to a popular Kingston pawn shop in 2016.

Testifying in the trial of reputed gang leader Uchence Wilson and his 23 alleged gang members at the Home Circuit Court in downtown Kingston today, the crown witness said he used to sell items amassed from the gang's many heists to unsuspecting buyers in Half-Way Tree or to a popular pawn shop in Cross Roads where he had a direct link to two employees.

The former pawn shop workers are included among the 23 persons charged by the police.

The witness, who in 2016 said he resided at the Kingston 6 address, said the gang's first heist was carried out at a neighbour's house.

According to the former gang member, one of the accused who also resided at the same Kingston 6 address, devised a plan with Wilson to carry out a robbery on the house where it was said a medical doctor lived with his wife and two nephews.

The former gang member turn crown witness told the court that he and the accused gang leader, along with co-accusers Scott, Kenith Wynter, Michael Lamont, Stephenson Bennett, entered the premises around mid-day on February 17, 2016, where they held the gardener at gunpoint and used a steel cutter to enter through the back of the house.

He said some of the men were wielding guns.

The court was told that the gang members stole a Toyota Prado sport utility vehicle, a Mercedes Benz motor car, televisions, electronics, a sewing machine and cash from the house.

The trial resumes on Thursday.