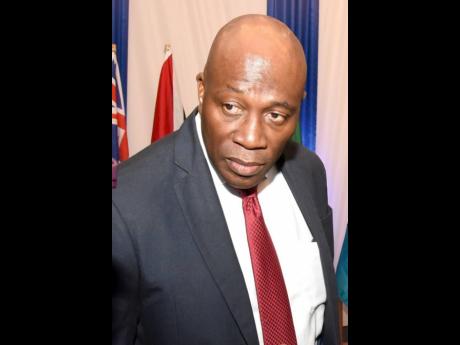 In an apparent rejoinder to Chief Justice Bryan Sykes’ commitment to fast-track trials in the Supreme Court, a high court judge has turned the spotlight on routine challenges, such as empanelling juries, as major stumbling blocks to speedy and effective justice.

Justice Martin Gayle has called for a fix to the perpetual problem with St James’ jury list to be addressed, in order to get more persons obeying summonses for jury duty and to reduce the waiting time for completion of trials.

Gayle raised the concern on Monday while presiding over an empanelling process to select jurors for the upcoming murder trial of Constables Victor Mitchell and Andrew Hudson in the St James Circuit Court.

“I give my full support to trial certainty, but the jury list needs to be fixed. Certain things were not taken into consideration when talking about trial certainty, because if you don’t have jurors, you can’t go any further,” Gayle told the attorneys in court. “The persons who are sending out summonses for jurors need to increase the amount.”

Thirty-five summonses were issued for persons to serve as jurors during the ongoing sitting of the St James Circuit Court. Of that number, 26 prospective jurors were present to be empanelled for the trial of Mitchell and Hudson, who are charged in relation to the 2013 shooting death of Lilliput resident Barrington McAnuff.

Gayle also acknowledged that witnesses often get frustrated when cases cannot progress because of the lack of jurors.

“These things do create frustration for witnesses, and we’re going to experience the same problem when another trial comes along. It is important, because we are only going to be putting off cases for lack of jurors,” Gayle added.

The issue of jury-duty dodging in St James has been a long-standing one, with only 25 persons responding to 56 summonses during last September’s sitting of the Circuit Court. In 2017, only 24 of 424 jury summonses were issued during the January sitting; and in 2013, only 50 jurors obeyed the 800 summonses that were prepared for the Michaelmas sitting.

The lack of jurors to oversee trials goes against Chief Justice Bryan Sykes’ declaration earlier in March that trial certainty, where trials take place on the day they are scheduled to begin, should be given priority to clear up backlogs in the parish courts.

Urging all stakeholders, including judges, staff, jurors and attorneys-at-law to work together, Sykes announced last month that effective next year, courts would start on time and trials would be completed on a timely basis.

“I give my commitment to put in place measures so that by December 31, 2019, all outstanding judgments in the Supreme Court will be delivered. As of 2020, a judgment should be delivered within 90 days, and, in exceptional cases, 180 days following completion of the case,” Sykes noted.

He also said that the Court of Appeal would increase its disposal rate, as three more judges will be added later this year.

“The consequence of hearing and trial-date certainty is that cases are disposed of within stated time standards. In Jamaica, this means disposing of cases within 24 months of entry into the courts,” the chief justice had said.