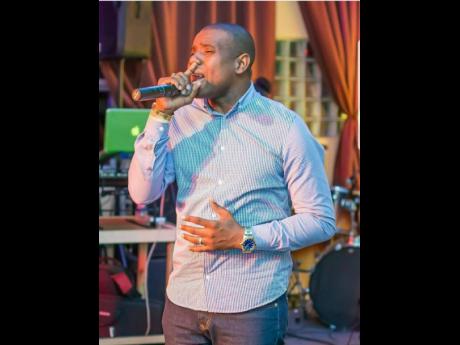 Sometimes, when you least expect it, life happens, and you are suddenly plunged into a lifestyle that, though you weren’t afforded a chance to train or prepare for it, you have no choice but to function in your new reality.

Nicholas Gong testifies of having to care for a family of three at the age of 16, because of an unfortunate turn of events following the injuries his mother sustained while delivering his baby brother.

“The nurse popped her (mother) leg in order for my brother to be born. She couldn’t walk for three years. In the interim, I had to be at Coronation Market selling banana by the box and by the dozen. I also had to be taking care of my brother and my mom at home while going to school,” he said, admitting that at the time, he was struggling to keep his grades satisfactory.

And though Gong said he graduated from St George’s College “by the grace of God”, he admitted that he was not satisfied with his passes that had suffered due to the sudden change of events and the added responsibilities that accompanied it.

Undoubtedly, his academics weren’t the only aspect of his life that was impacted by affairs of the home.

According to him: “Taking care of my mom and brother created a lot of stress and emotional problems in my life. At that time, I was living at Regent Street in Denham Town. I was still hustling, but venturing into Tivoli Gardens and seeing and doing things that were never right with the Almighty God.

“I knew these things weren’t right because my mom grew me up in a certain way. Every Sunday I was at church, so I knew I had to make some changes in my life, especially when I realised everyone I knew growing up was being killed.”

Gong told Family & Religion that the change came when he began having suicidal thoughts.

He explained that it was through the help of his wife and a dear friend, and the intervention of God whereby he was saved, not before, according to him, meeting upon numerous misfortunes.

“After being in my 10th car accident: two-way collisions, three-way collisions, four-way collisions … each time ended up with no cuts, no bruises, no broken bones, while everyone else was in the hospital, I realised that God has something in store for me,” he said, revealing that he eventually gave his life to the Lord in 2016.

The now 37-year-old gospel artiste said he uses his music as his testimony and as a form of encouragement to others who may be in need of dire help, as he once was.

Sharing a bit of support he said: “Seek the kingdom of God first and all shall be added unto you. Be encouraged and know that the people who are around you love you, and no matter the circumstances in life, and no matter what anyone says, God loves you. He gave His life for us and that is more than enough proof of His love.”