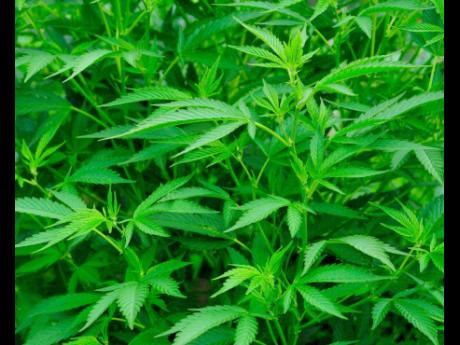 Residents of Accompong Town in St Elizabeth are ready to begin planting marijuana legally under a special government pilot project, J.C. Hutchinson, minister without portfolio in the Ministry of Industry, Commerce, Agriculture and Fisheries, has disclosed. In April 2017, the Cannabis Licensing Authority (CLA) commenced work on two pilot projects under an Alternative Development Programme (ADP), which provided more avenues for the inclusion of Jamaican small-scale traditional farmers to establish a foothold in the country’s emerging legal ganja industry.

According to the mandate of the ADP, the programme is aimed at preventing and eliminating the illicit cultivation of ganja and instead putting growers’ efforts into legal streams to fulfil the 1998 Action Plan, which was adopted by the United Nations General Assembly.

The plan provides for the inclusion of such a programme through specifically designed rural-development measures consistent with sustained national economic growth.

Hutchinson said the second pilot project is being undertaken in Orange Hill, Westmoreland.

“The Accompong one is well on its way, where they have already got their seedlings and they are about to move them out of the greenhouse and into the open field,” said Hutchinson, who was addressing small- scale farmers at the Jamaica Agricultural Society’s Montpellier Agriculture Show on Easter Monday.

“They have already had 10 acres prepared, and those 10 acres are going to be planted with legal ganja, which we are hoping that we will be reaping within another three to four months,” continued Hutchinson.

Moving into other areas

“Once that is done and we find that everything has gone right, we are going to be moving into other areas, where we are going to ask the traditional ganja planters to get themselves into groups so we can come and provide them with all the necessary information so that they can grow cannabis legally,” said Hutchinson.

The minister added: “I just want to say to all those who are having misconceptions about cannabis, cannabis is one of the crops which the Government is making sure that the small farmers are involved in growing legally.”

Among the stipulations are that the plants be tagged under a track-and-trace mechanism; sale of products through licensed processors; farmers’ alignment to community-based associations/organisations; accommodation of special groups, such as the Maroons and Rastafarians; and cultivations not exceeding half an acre per farmer.