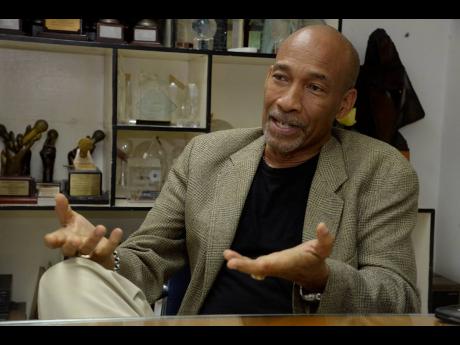 After more than 30 years of being at the helm of one of Jamaica’s leading marketing and advertising firms, Adrian Robinson, chairman and managing director of Marketing Counsellors Limited, is making his exit, having handed over the daily operations of the company to his eldest son, Marlon.

Marketing Counsellors Limited was established in 1987 and, since then has been the recipient of numerous awards, including those from The Gleaner and Radio Jamaica Limited, for outstanding work in advertising.

Robinson, who will turn 85 years old later this month, told The Gleaner that he decided to take a leap into the world of advertising in 1964, after a career in broadcasting, when he joined the Gerry Dunlop Advertising Agency (GDA) as a radio and television director, but this was only to last about six years.

“I was at GDA until 1970, there about, and I decided that I wanted to get into a business that was more lucrative than advertising and so I decided to go into, believe it or not, the office furniture business. I started a company called The Office Furniture Company, curiously enough, and after I’d been at that for a couple of months, realised buying and selling things really wasn’t where my head was,” Robinson said in an interview at the agency’s office on Lady Musgrave Road in St Andrew.

He said he did not particularly take a liking to the furniture business and so returned to advertising, joining forces with two other like-minded individuals which led to the establishment of CGR Communications.

This union, however, did not last, propelling Robinson to establish Marketing Counsellors.

His son, Marlon Robinson, who returned home from the United States in June last year to assume the role of general manager, said his experience in real estate has helped with his transition into the advertising business.

He said that already the company has made moves to deal with the social media space.

“Well, we have actually created a digital department that is now creating online platforms for the different companies that we work with, so we are very deep into the digital mindset as we move forward,” the junior Robinson said, noting that the experience so far has been good.

“Well, I’ve done other things. I’ve been around this particular business for as long as I can remember – from he started it years ago. So I have an idea of what he was doing as far as advertising is concerned …. How does it relate to real estate? Well, you know in real estate you have to market what you are trying to sell, so for me it was a natural. I didn’t see a problem making the transition. While getting into the business, it takes a little know-how, but I’m learning with each passing day,” Robinson said.