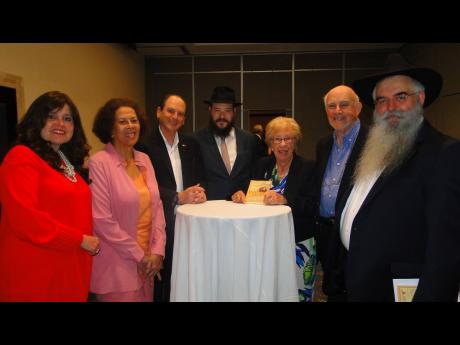 Birkenau was run by female Polish prisoners of war called Kappos, who were cold and brutal, generally. One of them gave Eva a merciless beating and punishment because Eva relieved herself in a corner of the compound when she was denied the use of the toilet. Eva had drunk water from a tap because she was thirsty beyond belief. The water made her extremely ill.

No attempt was made to address the needs of the inmates, and just when Eva thought she was getting well, the typhus took over her system with weakness and high fever. Once when she had to go outside to be counted she says in her book, ‘Eva’s Story’, “My teeth were chattering so much I could hardly speak. ‘Help me Mutti,’ I moaned. She lifted me against her, supporting me until we were outside.”

Though she was very ill Eva refused to go to the ‘hospital’, out of fear that she would be killed or tortured. Her mother went under severe pressure by the other inmate to take her away for treatment. Eva’s situation, they believed, was a threat to their health.

“I cried continuously with sickness and fear, but the other prisoners were relentless with their insistence and in some ways they were right,” she explains. She and her mother applied for a hospital visit, and had to walk in her weakened state for 10 minutes. Yet, they got a surprise they could not pay for.

A nurse whom they met was Eva’s mother’s cousin, Minni, from Prague. It was a joyous reunion for the childhood friends. Minni was the wife of a skin specialist who was treating the German for their skin “disorders”, thus their ‘privileged’ status, albeit being ‘prisoners’ themselves.

Minni herself brought Eva to a doctor who confirmed that Eva had contracted typhus from the tap water. And though Eva was very ill, Minni did not want her to stay in the hospital, so her mother brought her back to the barracks.

“Mutti later confessed that she had been convinced I would not survive the night, I was burning with fever and delirium. Franzi (a female inmate) helped drag and pull me to my place on the bunk where I lay in a drugged sleep with all the humiliation and torture of the past week obliterated from my mind,” Eva Schloss recalls.

The medication she got revived her it seemed, and she vowed to stay strong and alive, despite the possibility of being ‘selected’, “that chilling euphemism for ‘put to death’”.

Food was scarce and unpalatable, yet they got extras from Minni who kept in touch, but it was the yearning for something sweet that was tearing Eva apart. She says she was desperate to the point when she once saw a bit of white sugar on the ground she ate it. “I wetted my finger so that I could pick up every tiny little grain. It was the first sweet thing I had tasted for week,” she reveals.

Towards the end of the quarantine, Eva and her mother were selected to work at a labour camp called Canada. When they were being selected, a woman tried to escape. She was caught and hanged in view of all the inmates as an example. Yet, Eva says, “None of us saw the hanging. We were forced to look, but we did not see it.” And there were more of such attempts to escape, and killings.

After being given striped prison dresses, over 400 inmates, including Eva and her mother, were taken to a sorting camp made up of sheds where the personal belongs of those who had perished were dumped. Eva and her mother were part of those who were charged with searching the lining of fur coats for valuables. At first, she was fascinated by the things they recovered, but soon, the familial significance and the loss of those who once owned them saddened her.

People in their barracks would request food found in the coats and they chanced it for them. But, it was the request by Minni, who was from a wealthy family, for a silver spoon that posed the greatest risk for them. They took the chance and was successful.

In retrospect, Eva writes, “If we had been found out, we would have been severely punished. It could even have cost us our lives.”

Under possible suspicion, Eva was transferred to another sorting section. And that transfer was to evolve into a most unexpected reunion.