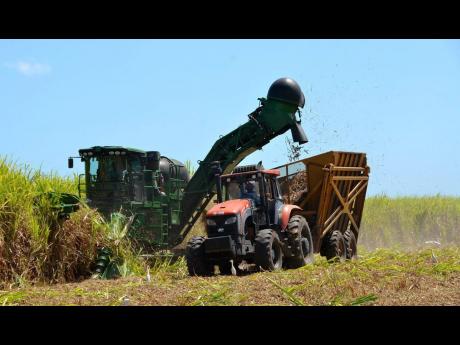 The appeal was made by members of the Sugar Association of the Caribbean (SAC) at their 170th board of directors’ meeting held earlier this month in Belize.

The board meeting focused on the future of regional sugar supply, and the SAC noted that 18 months after changes removed market preferences for CARICOM sugar in Europe, regional producers are still looking for solutions within its own regional market. The SAC noted that sugar industries across the region are investing hundreds of millions of dollars to match quality and supply to regional demand.

The SAC board stated that at present, more than two-thirds of the sugar consumed in CARICOM comes from extra-regional sources, duty-free, displacing market opportunity for more than 200,000 metric tonnes of CARICOM sugar, which is forced on to the low-value global market.

According to the association, policy changes are required to secure the integration of the sugar market within the CARICOM Single Market and Economy. It says that failure to achieve this threatens a major agricultural sector of the region’s economy and hundreds of thousands of Caribbean jobs, and questions the effectiveness of the single market in meeting its stated objectives.

CARICOM industries investments are set to deliver to market nearly 300,000 metric tonnes of food-grade sugar within the next 18 months, matching the region’s demand.

SAC Chairman R. Karl James says the need for change is immediate and urgent. “SAC directors are squarely focused on how regional integration can benefit industrial users and consumers of sugar through competitive longer-term pricing strategies, which are not directly impacted by cyclical global sugar-price surges,” noted James.

James also noted that “the utilisation of regional sugar in most of our products would reduce this risk, alongside the processing and import costs associated with importing sugar from outside the region. This would bring CARICOM in line with other regional sugar markets”.

The SAC board said that in the coming months, it is calling for further discussion between sugar producers and users to find a pathway to achieve this mutually beneficial outcome.

“A part of the solution must be the correct implementation of the existing treaty (the Revised Treaty of Chaguaramas) processes, in particular for brown sugar, which has seen a marked erosion of value in recent months. SAC members continue to dialogue with their respective governments, sugar users and the CARICOM Secretariat to find solutions,” said James.

Also at the board meeting, the directors reported that over the next 12-18 months, SAC industries would have the capacity to supply the regional market with 280,000 tonnes of direct consumption and plantation white sugar as investments are currently taking place to increase capacity.

The association said that additional lands are being brought into cane production that will increase sugar production and that in one member state, storage and shipping have increased to accommodate larger vessels of up to 30,000 metric tonnes.

The SAC has also reported that to date, the region has exported 133,000 tonnes of sugar to the European Union market at global market prices. However, the association remains concerned that extra-regional duty-free imports are being dumped into the CARICOM market at less than half the value they achieve in their home markets.

The SAC says regional industries will ship all of the quotas allocated by the United States (43,175 metric tonnes) under the tariff-rate quotas, representing less than 10 per cent of production.