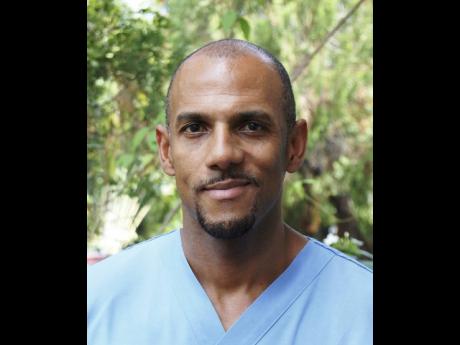 File
Paul Cadogan, who handles public relations for the JMVA.

The Jamaica Veterinary Medical Association (JVMA) has pushed back against claims of improper disposal of the carcasses of some animals, including pets, saying vets have been using established procedures when they are entrusted to handle such arrangements.

Last week, pet cremator Chris Ingledew, founder of pet crematorium Faithful Friends, charged that some Jamaican veterinarians who charge for animal burials instead dump the bodies in gullies and open lots. He said what the vets are calling disposal is throwing the dead animal in the back of a garbage truck, and wherever the truck dumps the garbage, that’s where the animal will rot.

“They tell them, ‘Oh, we will dispose of it’, and the persons – because I’ve spoken to many – assume that the word ‘dispose’ means cremation and that the pet is somehow taken to a place that does cremation, which is not so,” said Ingledew.

However, the JVMA said when vets refer to disposal, it is the elimination of the body in a manner which protects public or environmental health and can take the form of deep burial, cremation, or rendering – the process of converting animal carcasses to pathogen-free, useful by-products such a feed protein – before burial.

“The process that has existed over the years for clinics that offer disposal services is to enter into an arrangement with a contractor, who is paid to retrieve the animals from the clinic from time to time for burial at an approved landfill site,” Paul Cadogan, who handles public relations for the JMVA, told The Sunday Gleaner, adding that a National Solid Waste Management Authority (NSWMA) ticket may be required for burial.

“The bodies are bagged and stored in a freezer until the time they are collected. The contractor conveys them to the NSWMA site where they are buried communally. The bodies must be buried and are not left exposed. This process is at a cost to the clinics, which, therefore, may pass that on to their clients,” he said.

“Other vets have tried to assist clients with burial of individual animals on their (the vets’) properties if they have land space. This is not sustainable. Another alternative would be to contract an incineration service which, prior to the establishment of Faithful Friends crematorium, was much more costly,” Cadogan said.

The JMVA said while it could not speak to the veracity of Ingledew’s claims of bodies being dumped in gullies and open lots as it has no confirmed reports of this taking place among its membership, if a veterinarian wilfully misrepresents what they do to a client, it would be considered unethical.

“For many years, long before the establishment of Faithful Friends, veterinarians across Jamaica have dealt with the issue of safe and ethical disposal of our deceased patients and are acutely conscious of the public health, safety and ethical concerns involved with this issue. We make every effort to ensure that best practice and the law is adhered to.

“The burial of animal remains in sites designated by the relevant government agencies is safe and ethical. We ensure that we utilise disposal services that follow ethical practices,” said Cadogan.

The JVMA said it will continue to present members with ethical guidelines and the matter will be further discussed at a general meeting.

Additionally, the veterinarian body said it was also concerned about the general way citizens dispose of dead animals.

“Dead animal carcasses are left to rot on our roads, rural or urban, causing a public health concern, an eyesore for many of our overseas visitors who view our country as less than humane for the apparent lack of care. If the animal had an infectious illness or was treated with medication, this can be harmful to other animals, or even the scavenging vultures.

“The burning of a carcass at home or on a farm – for example, using car tyres – is environmentally unfriendly and contrary to fire regulations. It is often incomplete with some remnants left to decompose; therefore, still requiring burial. If animals are to be buried, it must be deep enough to prevent odour and digging up by scavenging stray dogs,” Cadogan pointed out.

Last week, the National Environment and Protection Agency said proper burial for an animal should be taken seriously as the implications on the environment can be the same as it is for a human being, as improper burials could result in diseases which the animal may have had, contaminating the soil or go in the groundwater.