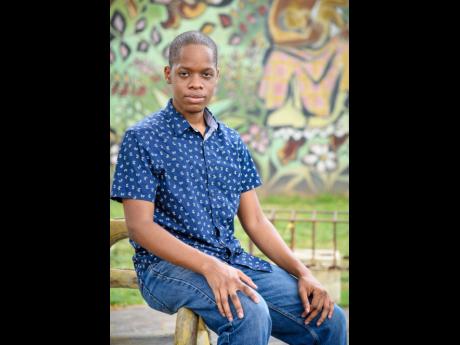 He is not only investing in the stock market and managing his own investment portfolio, but also funding his way through the University of the West Indies (UWI), Mona, where he is currently pursuing a Bachelor of Science in applied chemistry.

Rose tells JIS News that he earned between 20 and 30 per cent profit in 2018 from selling stocks he owned.

With this achievement, the young man, who hails from the parish of St Andrew, says he is happy that he acted on the idea of investing in stocks when he was a teenager in sixth form at Jamaica College.

“I always heard about investing, and I was interested, so when I got my first summer job at the Tourism Product Development Company (TPDCo) in July 2016, I opened accounts at JMMB and Sagicor and started investing in stocks,” Rose notes.

“At the time when I just started investing in stocks, I kept my portfolio very small [and] limited to learn and to avoid risks. The first company I bought was Sagicor, and that was at $21.00 [per share]. As of today (June 3), it has closed at $45.00. so 100 per cent capital gain, and that’s before dividends,” he says.

“I also bought Knutsford Express. I had to sell it for an emergency during my second term of sixth form. I’ve bought stocks in the Jamaica Stock Exchange’s ordinary shares, JMMB’s 7.50 per cent Preference Shares, and I owned JMMB Actual Ordinary Shares at one point,” he adds.

Rose says he has no regrets investing in the Jamaica Stock Exchange. He tells JIS News that his goal is to see his money grow and counteract inflation.

“Most people don’t seem to understand how inflation affects them … and the bank returns are very minimal. The thing about stocks is that they’re assets, so if I want to use them as collateral for a bank loan, I can,” he notes.

Rose also says that investing in stocks has offered the benefits of networking and meeting other investors.

“As an investor, I can go to the annual general meetings of companies listed on the Jamaica Stock Exchange, talk to the directors and meet members of corporate Jamaica, and I get to participate in knowing that my money is providing a real return,” he adds.

Placing first for the second, third, and fourth quarters of the Young Investors Stock Market Competition in 2018 is a goal Rose is elated to have achieved.

Rose says he reads a lot to get more information on companies on the stock market so that he can make informed decisions.

“All companies are required to file their financials with the Stock Exchange. That is every three months, so I get to read about the companies’ financials, the sector, any potential expansion plans or growth. I can look on companies’ research such as JMMB, BARITA, and Mayberry,” he tells JIS News.

Although he now has a passion for investment, his first passion is science, and that is why he chose to pursue a degree in chemistry.

“When I finish my degree, I plan to do my master’s in philosophy and upgrade to a doctor in philosophy in chemistry. I plan on doing the chartered financial analyst and the financial risk manager certifications and opening my own investment firm and still do some research in the field of chemistry,” Rose says.