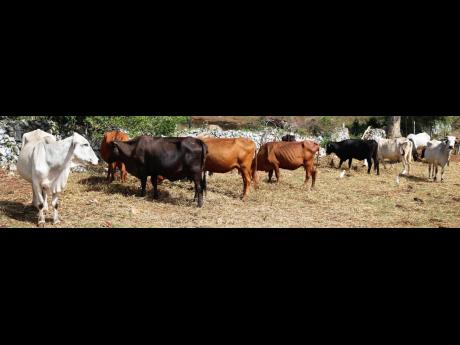 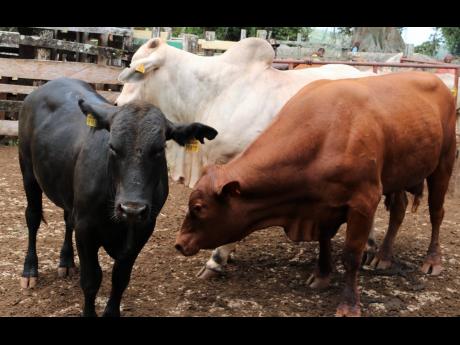 Christopher Serju
Jamaica Black Poll, Jamaica Brahman and Jamaica Red Poll were just an example of the showing which so impressed the judges at last week’s cattle appraisal at the Minard Cattle Station in Brown’s Town, St Ann. 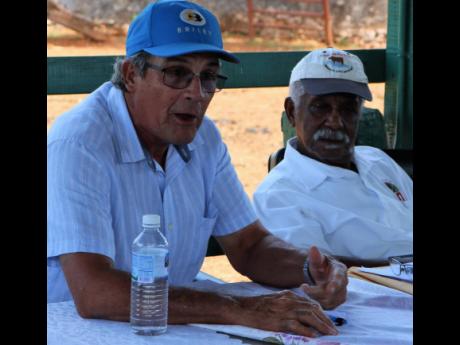 Members of the Agro-Invest Corporation (AIC) staff came in for high praise from chairman of the Jamaica Red Poll Breeders Society, Martin Hopwood, for the vast improvement in the condition of the cattle under their care, at the Minard Cattle Station in Brown’s Town, St Ann.

“The last time I was here at an appraisal at Minard, I was not so pleased with how the animals looked. They were going through a similar drought to now but they were covered in ticks. The handling facilities were in a dilapidated condition and I must say that although the farm is under a similar severe drought, the animals are looking 110 per cent better, so full marks to you,” Hopwood declared.

This dramatic turnaround in fortunes comes just seven months after a December 21, 2018 report noted that 18 head of cattle of varying breeds and ages succumbed to nutrition-related problems manifested in organ failure and other ailments earlier that year. Another 30 animals suffered a similar fate later in October, raising serious questions about the general management oversight and day-to-day operations of the 1,000-acre property.

When The Sunday Gleaner tried to get a response from Dr Lily-Mae Walder, who is in charge of the day-to-day operations of the farm, as to the reasons for the improvements, she declined to comment.

Operated under the auspices of Agro-Invest Corporation, a business-facilitation unit within the Ministry of Industry, Commerce, Agriculture and Fisheries, Minard had been beset by a multiplicity of issues associated with animal nutrition on the under-resourced property for years, the ministry confirmed.

“The Minard Estates Farm…experienced intense and protracted drought conditions during 2018, which intensified in the summer months. During this period, animal mortality at Minard Farm increased from a combination of nutrition-related problems, heat stress, and health complications for animals that were exposed to the previous, albeit less intense, drought of 2014,” Doreen O’Connor, director of communication and public relations in the agriculture ministry, explained via email.

“Older animals that were exposed to the 2014 drought and orphan calves were particularly vulnerable to the drought conditions and comprised the majority of mortality cases.”

O’Connor further stated, “In addition, the farm has been operating beyond the carrying capacity of its pastures, which provide only marginal resilience to any disaster that disrupts the regrowth and rotation of the pastures.”