A Matter of Land | ‘Developer, farmer making my life a nightmare’ 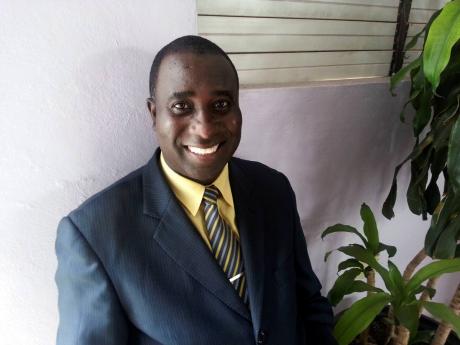 Good day, readers, this week we look at a question from a reader and the subsequent response.

I have been having confrontation and harassment from a developer and a farmer for over 13 years now. My lot of land is adjoining the designated park and recreational area in the subdivision that was created years ago. The developer was instructed by the parish council to fence in and keep the park clean and grassed.

This has not been done, but for many years, this developer has instructed a man to plant yam, corn, sorrel, and other provisions on the side of the park that adjoins the entrance and the side of my house. The pumpkins and yams and cocoas have overgrown and are jutting on to my property.

I have complained and asked the developer and the man to take the crops off my land, but they are putting up a fight and have made threats on my life to the point where I had to have the police involved.

I also informed the parish council land department officers in the area but the developer lied, saying that the man is clearing the park by planting crops. The truth is, the man was instructed to harass me. The remaining 80 per cent of the park is in bushes.

The man has actually invaded and has been trespassing on my property. I asked him to fence in his vegetation but he refuses. There is much overgrowth on my property, to the point where I have had to chop them.

The landmarks on that side of my property are also missing. I cannot find the pegs to put up a fence, nor will the man put up a fence to keep his provisions in. The developer had the land surveyed years ago, but at the time he did not inform me. Now for the past many years, he has refused to point out the pegs/ markers and is confronting me and demanding that I do not build on his land. He is a bully.

I had to fight him in court for years in order to obtain the title. He forfeited on the transaction so I sued him and got the title. He has me in his ‘craw’ and seeks to confront and harass me every now and then.

This developer does not live in the subdivision nor has reason to come in. All the lots have been sold out.

I want this developer and farmer to stop attacking me verbally and to get their provisions off my property and the pointers back in place.

Also, my children and people in the subdivision want the use of the park and I need to know the boundaries. Based on the diagram that I have and with the help of an assistant, the farmer has taken in much of my property with his vegetation and both he and the developer are trespassing.

I am so sorry to hear of your ordeal and that it has been over such a prolonged period. There are some things that seem a little strange about the situation. For one, the fact that all the lots have been sold and the developer is still so frequent in the development and has control of the community’s recreational area that is for use and ownership of the owners of lots in the community.

The first thing I would suggest that you do is that you engage the services of a commissioned land surveyor to re-establish your boundaries and to replace or identify the boundary marks/pegs. Once you get this done, you can erect your fence to ensure that there can be no trespassing or encroachment on your property.

When the land surveyor identifies the boundaries and you place your boundary fence, then you would have effectively stopped any trespassing that could occur. This would reduce your stress and unwanted interaction with the ‘farmer’ and developer.

The next thing that you should know is that the community space (park/recreation area) belongs to the owners of the lots in the subdivision and each person has an undivided share in the community recreational area. If you check your title, you will see that it is endorsed on same. Hence, this property belongs to you and the other owners in the subdivision, so the developer or this farmer has no rights on the property, as it’s no longer his property. The upkeep and care of it is to be undertaken by yourself and the other owners.

I hope this has been helpful to you and the matter will be resolved quickly and without incident.

Keep sending your questions and comments; let’s continue to explore A Matter of Land.

Until next, time traverse well.