We need justice for raid on cookie jar – Phillips 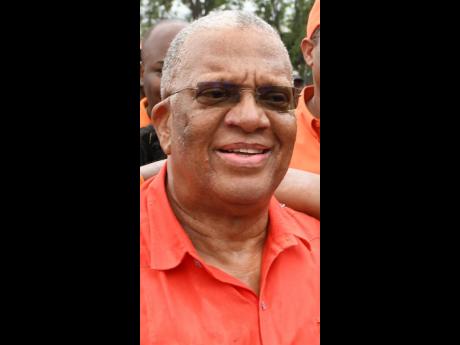 Promising to march around the island to expose the alleged corruption ripping through the Andrew Holness administration, People’s National Party (PNP) President Dr Peter Phillips has vowed not to let up until people are held accountable for robbing the country.

Speaking on Sunday during a PNP National Executive Council (NEC) meeting at The University of the West Indies, Mona, Phillips bemoaned reports of alleged corruption at a number of state agencies, claiming that billions have been fleeced from government coffers.

“It is particularly scandalous in the context where over $14 billion has been pillaged from public resources because of the corrupt conduct of officials in the Government,” Phillips said, although he did not disclose how he came by that figure.

The NEC is the most powerful body of the PNP outside of the party’s annual conference.

Phillips suggested that the funds believed to have been misappropriated could have been used to address several pressing needs across various sectors of the society.

“That is why we insist that justice must be done, and that people have to be held to account for the theft of the resources of the Jamaican people,” he said, while thanking members of party who turned up at PNP-led anti-corruption protests in Half-Way Tree, St Andrew, and Montego Bay, St James, earlier this month.

“We are not going to end until people are held accountable. We are going to go around the island of Jamaica like how Joshua circled the walls of Jericho, and we will go around it as long as it necessary until the walls of corruption come tumbling down in this country and justice is done by the people of Jamaica,” said Phillips, who will face Peter Bunting in a PNP leadership challenge on September 7.

He said the party is insisting that a commission of enquiry is needed to probe the alleged cases of corruption that have surfaced.

“What boggles the mind is how all the necessary checks and balances and controls that exist to support good governance have been allowed to collapse within this JLP (Jamaica Labour Party) administration. We need to press for more. We need to understand it so we can strengthen the very structures that were intended to prevent the robbery of the people’s money in the Government of Jamaica,” Phillips said.