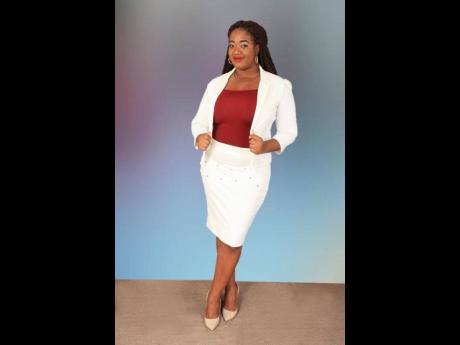 The pains of many today are concealed by forced smiles and stale ‘I’m okay’ responses, just enough to prevent others from enquiring further about their mental health and stability.

Likewise does a large portion of this lot believe that they are married to this deep-seated hurt, which, according to them, is an ‘until death do us part’ vow.

Among this lot are Christians who have suffered hurt at the hand of fellow saints, daughters and sons who loathe their parents because of certain upbringings, and spouses who have known only unfaithfulness.

But 25-year-old Garcianne Morrison is on a mission to assure these people that soul wounds, as she refers to such hurt, can be healed.

“I have been molested, rejected, abandoned and abused, and I have lived with the pain of my past for many years with just bandages covering the sores.

“It was through God that I have been healed – and am still being healed – and I want to help others to be freed as well,” she said, as she explained the concept behind her spiritual empowerment conference called Soul Wounds Can Heal.

The session is set for Saturday, August 10, at the Seaforth Church of God of Prophecy in St Thomas to begin at 9 in the morning.

It will feature speakers such as Bishop Courtney Hall, Prophetess Nicole Masters, Prophetess Shanique Bell and various presentations and testimonials.

“As children of God, we are called to live in the peace, joy and love of our Heavenly Father, yet many of us struggle because of hurt, pain, unforgiveness, and so on, and as a result of this the Soul Wounds Can Heal Spiritual Empowerment Conference was designed. It remind us that we can be free, as the power of God can lift us out of our despair and give us renewed hope and purpose,” she said, adding that it is the hope of her team that attendees will experience and discover the transformational power of God as He restores minds, bodies and souls.

Morrison, who is one of her church’s youth ministry directors, told Family & Religion that she has observed the actions of the young people in her church and community and realised that many are emotionally scarred and react to situations as such.

She shared, “One night after coming from church, I was speaking to my best friend and she was expressing how proud she is of my growth. We spoke deeper on some things I have been through, and that’s when the Lord said to me, ‘Soul Wounds Can Heal 2019’.

“I didn’t quite understand, but as the time passed it became clearer as youths began to really confide in me and the things they were sharing were based on past unresolved issues.

“It was then that I realised that the conference is necessary and that it wasn’t my mind that was talking to me.”

Morrison noted that persons can come expecting their lives to be transformed, their souls to be set free, healing, deliverance and restoration, as she believes God is about to do a mighty move that will exceed all expectations.

The conference is set to begin at 9 am.