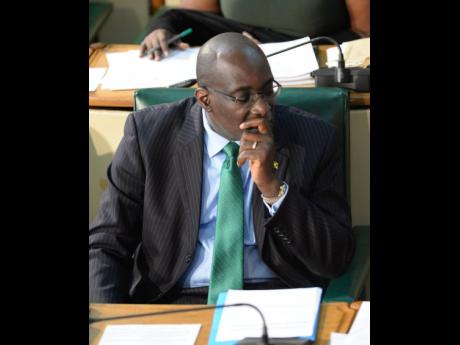 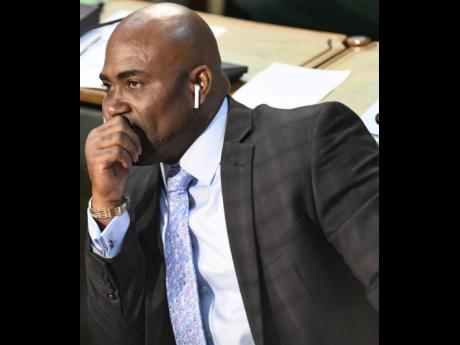 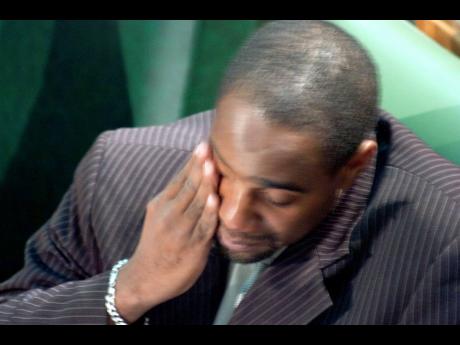 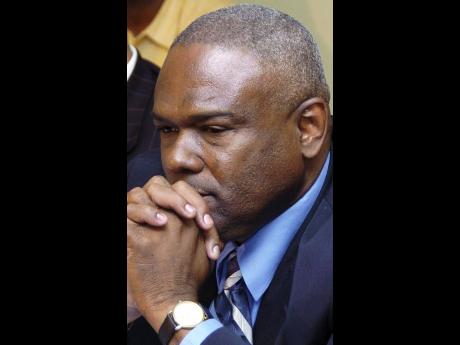 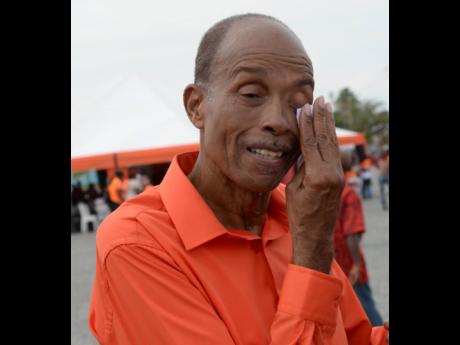 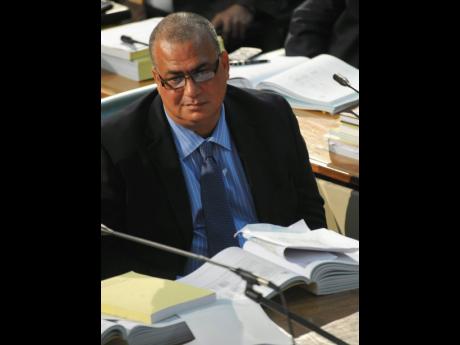 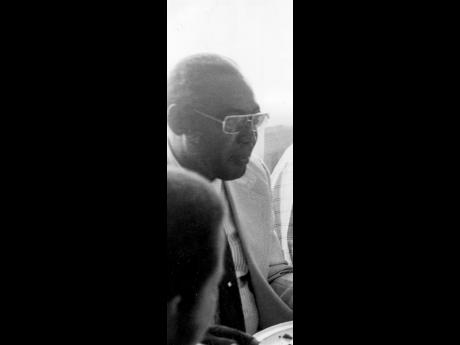 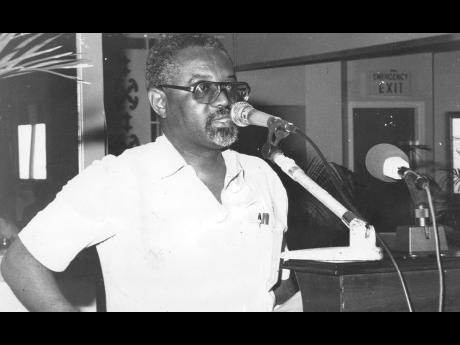 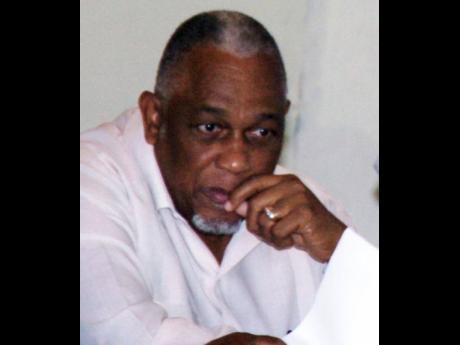 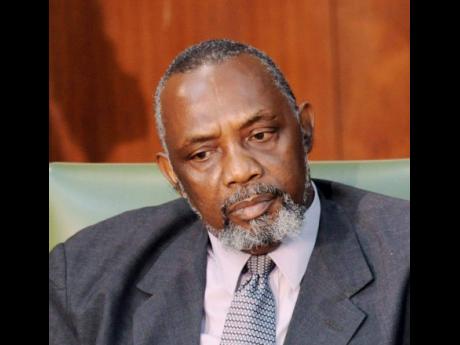 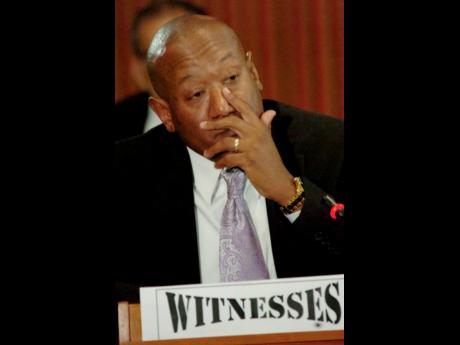 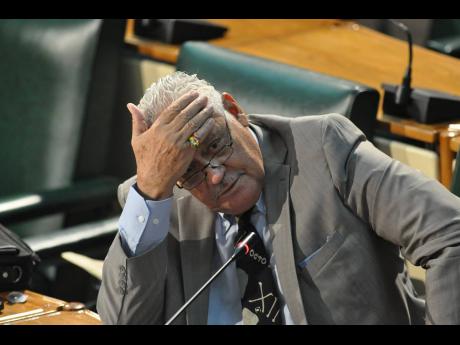 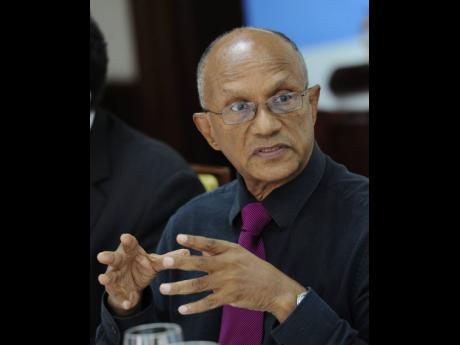 Last year, the science, energy and technology ministry was embroiled in a series of corruption allegations involving entities under its portfolio, particularly the Petrojam scandal, which caused several heads to roll, including that of the minister Dr Andrew Wheatley.

Even while the country was still grappling with that as more elements came to light, scandal at another ministry became front-page news. In March this year, Minister of Education, Youth and Information Ruel Reid was forced to resign over allegations of corruption and misuse of public funds involving a number of institutions tied to his ministry. A probe is currently under way by the police and the Financial Investigations Division.

These are just the latest in Jamaica’s storied history of political corruption allegations, yet in the last 30 years, only one government minister has served jail time for misuse of public resources.

Senator James A.G. Smith, former minister of labour and public service in the 1980s, remains the only Jamaican politician imprisoned for mismanaging public funds. He was charged on February 13, 1990 and was later sentenced to five years in prison for diverting money from farm workers for personal gain.

“Over the last 30 years, the correct application of the governance principle of ‘individual ministerial responsibility’ has justifiably led to ministerial resignations arising from exposure of wrong and the call for sanctions by successive parliamentary oppositions; an alert media; robust investigations by government agencies, primarily the Office of the Contractor General; advocacy by civil-society organisations; and responsive prime ministers,” Professor Trevor Munroe, head of the National Integrity Action (NIA), told The Sunday Gleaner.

“This is good and needs to be sustained, but where there is evidence, prosecutions are necessary. For over 30 years, resignations have been followed by ineffective investigations, few prosecutions and only one conviction. This deficit cannot be allowed to continue. It is essential to arrest the decline in public trust; instill public confidence that high-level, politically connected individuals, where there is evidence, will serve prison time, as the minister of labour did 30 years ago; and that the inequity in our justice system identified 12 years ago by the report of the Justice System Task Force is on the way to rectification.”

Munroe said the health of Jamaica’s democracy is dependent on the effective operation of the new laws, and institutions need to bring high-level facilitators of organised crime to justice.

Over the years, several government officials have resigned following allegations of political impropriety. Some were the subject of investigations by the police, auditor general or contractor general.

DECEMBER 1991: Minister of Mining and Energy Horace Clarke resigned over the scandal involving a waiver of $29.5 million in duties that Shell Company West Indies should have paid to the Government on imported gasolene. He remained a member of parliament.

MAY 2001: Minister of State in the Ministry of Finance Errol Ennis resigned on May 29, following revelations that at least seven cheques he had tendered to settle gambling debts had bounced. A statement from the Office of the Prime Minister said that Ennis had resigned his ministerial post with immediate effect.

APRIL 2002: Dr Karl Blythe resigned as minister of water and housing in the wake of a report from a four-member commission that suggested that he acted improperly as minister with responsibility for the Operation PRIDE programme. The report said Blythe interfered in the day-to-day management of the Operation PRIDE schemes and flouted guidelines. He resigned on April 13, 2002.

OCTOBER 2006: Information and Development Minister Colin Campbell was forced to resign from the Cabinet and as general secretary of the People’s National Party in October 2006, approximately a week after Opposition Leader Bruce Golding divulged information that Trafigura Beheer, a Dutch company with business arrangements with the Government, made a $31-million transaction to an account called CCOC Associates which bore Campbell’s signature. Campbell’s resignation took effect on October 9, 2006.

OCTOBER 2007: Kern Spencer resigned as parliamentary secretary in the Ministry of Science and Technology, following questions over the Cuban light bulb programme when it was divulged that the People’s National Party spent more than $276.5 million to distribute four million free light bulbs donated by the Cuban government. Spencer openly wept in Parliament upon hearing news that the Fraud Squad and the Office of the Director of Public Prosecutions were investigating the incident. Years later, he was freed of the charges after the prosecution failed to prove its case against him and then co-accused Coleen Wright.

JULY 2009: Jamaica Labour Party’s State Minister for Transport and Work Joseph Hibbert resigned six months after he was named a subject in a corruption probe by investigators in the United Kingdom. Hibbert, in a letter to Prime Minister Bruce Golding, said: “This resignation will allow me the time and freedom to clear my name and my integrity as former chief technical director in the Ministry of Transport and Works during the 1990s to which the allegations refer.”

MAY 2010: Government Senator and State Minister in the Ministry of Foreign Affairs and Foreign Trade, Dr Ronald Robinson, resigned as senator and junior minister in wake of the Manatt, Phelps & Phillips affair that dogged the Government of Jamaica in relation to the Christopher ‘Dudus’ Coke extradition affair. In his resignation letter to the prime minister, dated May 20, 2010, Robinson apologised for his role in the Manatt scandal and noted his wife’s ill health as another reason for his resignation.

NOVEMBER 2011: Transport and Works Minister Mike Henry submitted his resignation to Prime Minister Andrew Holness due to concerns over the management of projects by the National Works Agency (NWA). Henry’s resignation followed revelations that more than $60 million was spent on furniture for the NWA’s offices. This was in addition to a $102-million refurbishing project that sparked controversy when it was revealed in the auditor general’s special report on the Jamaica Development Infrastructure Programme.

SEPTEMBER 2013: Richard Azan, junior minister in the Ministry of Transport, Works and Housing, resigned in September 2013 under public pressure over his role in the improper construction of shops on land owned by the Clarendon Parish Council. Within two months, he was reinstated by Prime Minister Portia Simpson Miller after the director of public prosecutions announced that no criminal charges would be laid.

JULY 2018: Science, Energy and Technology Minister Dr Andrew Wheatley resigned in the wake of scandals that erupted at state-run entities Petrojam and the National Energy Solutions Limited that fell under his portfolio.

MARCH 2019: Minister of Education, Youth and Information Ruel Reid was forced to resign over allegations of corruption and misuse of public funds involving a number of institutions tied to the ministry. That investigation is ongoing.

Munroe made the point that:

* Corruption is increasing and public confidence in democratic institutions is declining