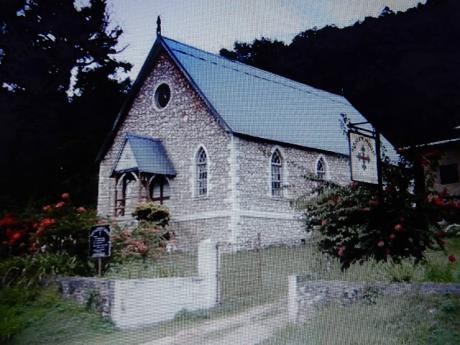 The 134-year-old Porus Wesley Methodist Church in Porus, Manchester, is now a heritage site, having been declared so by the Jamaica National Heritage Trust some six months ago.

The decision was taken due to the church’s connection to the late national hero and Jamaica’s first premier, Norman Washington Manley (1893-1969), and followed a comprehensive research and presentation by Shoshana Dyer, a research officer employed at the trust.

According to Dyer’s research paper, Manley, who was born in Roxborough, Manchester, on July 4, 1893, was christened at the Porus Wesley Methodist Church on September 17 that same year.

It is unclear for how long Manley may have later attended the church, but when he was 10 (in 1903) he left Roxborough with his family, upon the death of his father, Thomas, to live at Belmont in Guanaboa Vale, St Catherine.

Manley is considered to have been an excellent scholar, outstanding athlete and a soldier who fought in World War I. He was a leading lawyer in the 1920s, an advocate of universal suffrage and an architect of Jamaican independence. He was chief minister and premier prior to independence in 1962.

Manley founded the People’s National Party in 1938 and was re-elected annually as president for 31 years up to the time of his retirement in 1969.

The land on which the church is built was originally part of the Compass Hall property and was granted for the building of the church by Manley’s aunt, Mary McPherson, in 1881, creating an indelible link between the Manley family and the church.

The fact that it was Manley’s relatives who granted the land to the congregation of the church meant that they were buried on the property of the Porus Methodist Church, according to information provided by Dyer.

“These family members were also buried on the property of the Porus Methodist Church until remains were later removed and reburied at Roxborough, which is the birthplace of Norman Manley,” Dyer stated.

And as it did with his birth, the church played an integral part when Manley died in 1969, holding one of the funeral services there on September 5 for Manchester’s most illustrious son and one of Jamaica’s most outstanding statesmen.

The Porus Wesley Methodist Church is a typical cut stone structure with a gable roof, with wooden arch windows and wooden portiere entrance. It was constructed by Messero Henry, Bryan Tarrant and David Tarrant under the supervision of one Reverend Duff, with construction taking place from 1881 to 1885. Since completion, the church has been renovated several times, with the roof notably being modified. The floor remains wooden, which is typical of structures built during that period. The churchyard has graves dating back to the late 19th century.

The church was built at that location because of its proximity to the Melrose Cattle Farm, which at the time was a huge employer, with people from all across Jamaica being employed there. As such, several Melrose employees were almost always at Sunday service.

“It can be said, then, that the Porus Methodist Church is a simple and picturesque structure,” Dyer wrote.

The Methodist Church in Jamaica dates back to the late 18th century. The Jamaica Methodist District consists of 27 circuits, each circuit having a cluster of churches, numbering 171 in total.

The Methodist Church is also involved in education in Jamaica, from as far back as 1826. The church is associated with over 80 educational institutions ranging from pre-school to tertiary-level institutions.