Help! My child is a nerd 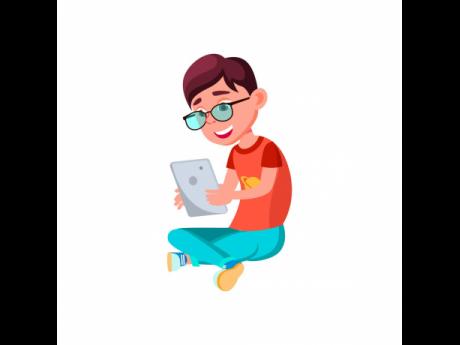 Love that is deep and true makes life so precious too,

And when love means more with time.

And we’ll make each climb.

And all we want is a healthy one, born with no misery,

A child that’s so full of fun.

And just as free as he wants to be.

– One Child of Love – Peaches and Herb

Some children are the life of the party – they are fearless, bold and unafraid of taking on new challenges while on the other hand, there are those who are very timid and afraid to even leave their parents’ side.

These parents are embarrassed when their offspring shows no interest in activities that are deemed par for the course, for example, riding a bicycle. They are dismayed when they see children riding bicycles like pros while their own are afraid to even mount one. They are not even comforted by the fact that their child has a quick brain and gets high marks in school.

Dr Patrece Charles, CEO of the Phoenix Counselling Centre, while acknowledging that the above-described scenario can be an area of concern for some parents, especially if the child is a boy, said there is no cause for worry as there are ways children can be raised and appreciated for who they are and for what you want them to be.

“Raise your children to be proud nerds, fully embracing all of their qualities. Find out what really interests them and go with it. If they love sci-fi writing, get them books and let them write. If they love to draw, let them draw. If they are computer nerds, please let them do their thing. Allow them to make friends of their own kind, and get to know their friends even if they, too, are nerds,” Charles stressed.

She said that parents should celebrate the fact that their child is a nerd and teach him that being cool does not mean that he has to be the star of a sports team, especially if he does not like sports, or if he finds it awkward to play sports and would probably choose to stay home and make up math problems or design infrastructure instead of playing soccer.

“Shy kids are typically self-reliant, thoughtful, and empathetic but often don’t like to try new things. They are often slow to warm up and take longer to adjust to a new situation. They may want to be social but avoid approaching others because they’re afraid or don’t know how,” shared Charles, pointing out that it is important that they approach situations at their pace, not at the pace of their parents.

Charles added that parents who want to help their bashful child should teach him how to approach a group of his peers and listen, allowing everyone some time to get used to one another. They can be taught, she said, to find a break in the chatting to join in.

She said that parents can help by offering talking points beforehand, and in that way, they can build their shy child’s confidence. If they are going to a birthday party, Charles said, parents can start the discussion about a previous party they went to and remind them of the fun they had with other children.

“Help them through challenges that are self-reinforcing so they want to do them again. Work on social skills. Give your child chances to practise his social skills whenever you can. In the store, encourage him to pay the cashier. At dinner, have him order his own meal. Invite a friend over to play so your child can get more practice being with his own peers,” she suggested.

Stating ing that some children, no matter the prodding, will not be interested in sports activities and would much rather be stuck on their gadgets or out by themselves, Charles said that love and acceptance can never be overlooked as she said that parents must show the child that it is OK to be shy.

“But what parents see in children and what they need them to be may be as a result of by fears and biases from their own upbringing. Unconsciously denied or disowned aspects of themselves can be projected on to their children. For example, if parents were active and outgoing as a child, then they would expect the same of their child, which is not always the reality of the situation. It is OK to have a child with a completely different personality,” she said.

Charles said children are most likely to do their best when parents set realistic goals consistent with their child’s interests and personalities and focus on valuing and developing their unique strengths.