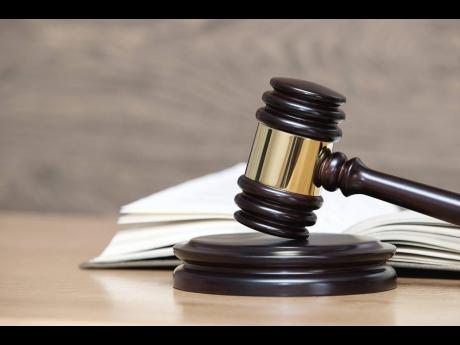 In recent times, we have heard through the media of the impending sale of Jamaica Beverages Limited (JBL) to satisfy a staggering $560-million personal injury award against that company.

It is not surprising that the award has necessitated the liquidation of JBL. The award in question appears quite unprecedented and would easily have exceeded the maximum sum insured on most companies’ public liability or general insurance policies (where matters of this nature would tend to fall). Six hundred million dollars would also have easily exceeded the accumulated retained earnings of most companies in Jamaica, furthermore JBL, not one of the members of Jamaica’s notional billion-dollar round table.

While the award against JBL was only handed down by the Supreme Court in 2017, the issue of the determination of the company’s liability was settled from 2010. Interestingly, however, the issue for determination before the court, back in 2010, was not whether JBL was indeed liable on the claim brought against it by its former employee, Janet Edwards, but whether a default judgment obtained against the company on the said claim should be allowed to stand or be set aside.

The claim brought by Edwards against JBL arose out of an incident at her place of work when she was shot in the neck by gunmen during the course of criminal activity at JBL’s premises. The shot seriously injured Ms Edwards, severing her spinal chord and rendering her a tetraplegic. The incident happened in 2000 and, in 2002, Edwards filed a claim against JBL for breach of contract and negligence. The essence of her claim was that JBL was responsible for the injuries she had suffered by failing to take sufficient precautions for her safety and failing to provide her with a safe place and system of work.

Edwards’ claim against JBL was filed in October 2002 and served. However, JBL failed to file an acknowledgement within the time period stipulated under the Civil Procedure Rules. Edwards, therefore, proceeded to file a default judgment against JBL on November 12, 2002, as she was entitled to do, JBL not having acknowledged the serving of her claim. Three weeks after Edwards filed her default judgment, on December 6, 2002, JBL applied to strike out her judgment.

JBL’s explanation for failing to acknowledge the claim in time was that when the claim had arrived at its offices in November 2002, it had not been forwarded to its attorneys due to oversight on the part of the company’s employees. An oversight that would subsequently prove to cost the company approximately $600 million!

RULING ON JBL’s APPLICATION TO SET ASIDE DEFAULT JUDGMENT

JBL’s application to set aside the default judgment obtained by Edwards was ultimately rejected by Justice Bryan Sykes (as he then was). Readers must recall that an application to set aside a judgment is not a trial of the substantive issues in a matter. Rather, in such applications, the court looks at established guidelines to determine whether the party applying for the ‘set aside’ has established that there are enough compelling factors in the case to justify the judgment obtained by the other party being set aside.

Having looked at all the circumstances of the particular case and the relevant case law on the area, Justice Sykes concluded that JBL had not established that the judgment obtained by Edwards deserved to be set aside.

JBL had argued that Edwards’ default judgment had been irregularly obtained because they had applied to set aside her default judgment and for her claim to be struck out, before the court eventually sanctioned the judgment. Justice Sykes rejected this argument. It was the fault of the registry why Edwards’ judgment had not been entered from the date she first lodged it. In the words of Justice Sykes:

“Had the registry acted promptly, Miss Edwards would have had her judgment, effective November 12 2002, well before the application to strike out was made.”

Justice Sykes also paid particular attention to the fact that JBL had failed to file an acknowledgment of service of Edwards’ claim until March 17, 2010, some eight years after the original claim was filed! Granted, during much of that period, JBL had been busy filing various iterations of its attempt to get Edwards’ default judgment struck out. However, nowhere in that eight-year period leading up to March 17, 2010 did JBL ever regularise the one thing that had opened the door to the default judgment against it in the first place, that is to say, it failed to file the one-page acknowledgement of service document that Justice Sykes noted in his judgment, “must” be filed. In the words of Justice Sykes:

“The significance and importance of the acknowledgment of service cannot be overstated. Rule 9.2 (1) states that any defendant who wishes to dispute the claim or the courts’ jurisdiction must file an acknowledgment of service … . Must means what it says. It is difficult to see what other word the drafters to the CPR could use to indicate that something is mandatory.”

Justice Sykes also took particular note of the fact that the draft defence filed by JBL amounted to no more than a bare denial, that is to say, it simply denied aspects of Edwards’ claim without going into any details of the basis of its denial. There was no material in the draft defence which suggested that JBL had a real prospect of defending the claim, a necessary prerequisite for a properly obtained judgment to be set aside. In the circumstances, Justice Sykes concluded that the default judgment obtained by Edwards was in order. In the next instalment of this column, we will look at the assessment of damages hearing in 2017, which resulted in Edwards’ damages being assessed at $600 million.