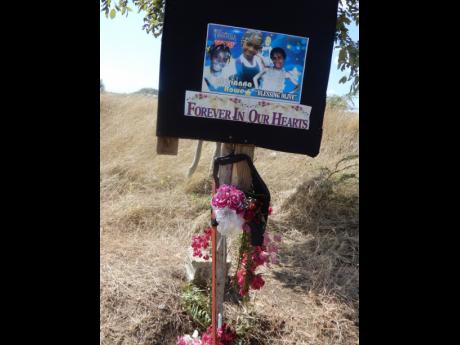 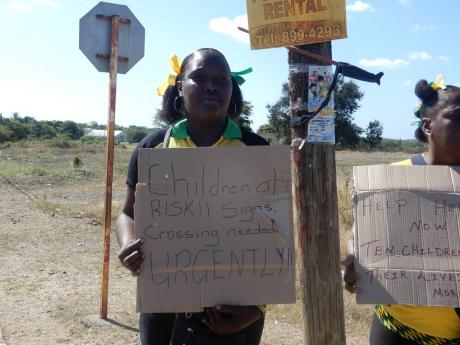 Nicola Clair: We don’t want another mother to suffer this same kind of pain, and they shouldn’t have to. 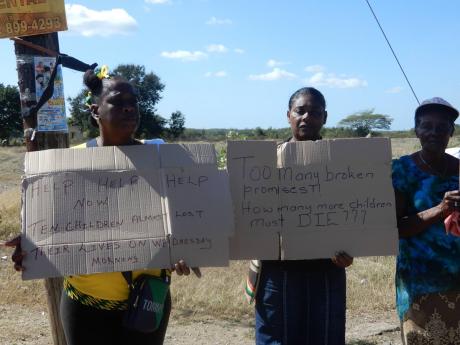 The expression on Nicola Clair’s face was one of anger as she shared the fears of parents in the Savannah Cross community that one day they might experience the same fate a mother did last year.

On February 18, 2019, 11-year-old Aldrianna Rowe was mowed down by a truck on the Bustamante Highway in the vicinity of the community.

According to Clair, since then, the mother, Diana Sparkle, has been a shadow of her former self as she is not coping well with the loss. In fact, she could not even bear the pain of attending the memorial that was held in honour of her late daughter on Tuesday.

“We don’t want another mother to suffer this same kind of pain, and they shouldn’t have to,” said an emotional Clair.

Last February, as tensions ran high following Rowe’s death, then member of parliament for the area, Rudyard Spencer, promised to hire two traffic wardens to assist the children in crossing the street while a more long-term plan would be worked on.

That arrangement lasted until December, the children now having to face the danger by themselves when crossing the busy thoroughfare.

Clair said on Wednesday that, were it not for the grace of God, more families would be in mourning today as 10 children barely escaped harm while crossing the road.

“Vehicles stopped both ways to allow the children to cross, but out of nowhere, a lady was overtaking a line of traffic. Her car could hardly stop, and when it finally did, it was inches away from the frightened children,” she shared.

Clair said that there was a glimmer of hope when, on Tuesday, Prime Minister Andrew Holness was in the area campaigning and heard about the memorial and stopped by. She said that she used the opportunity to highlight the issues to him and that he promised that he would make some arrangements with either the mayor of May Pen, Winston Maragh, or Pearnel Charles Jr, to address the matter.

“We have heard nothing, so we are here protesting as it’s safety first for the children,” she said.

The Gleaner reached out to Maragh, who said, “Things don’t happen overnight,” explaining that he had informed the prime minister that at the last parish traffic committee meeting that he attended at the National Works Agency (NWA), the parish manager indicated to him that the NWA was not in agreement with installing a pedestrian bridge because, historically, it doesn’t work.

“What they are looking at is to put in either a stoplight or flashing light with the pedestrian crossing,” Maragh said.

The traffic department at the May Pen Police Station was also contacted, an officer there stating that there had been no major accident there since the fatal crash last February, or any reports of minor ones.

President of the Palmer’s Cross Community Development Committee Romeo Mitchell said that it has been over a year since they were promised to have a system put in place to secure the children and that it’s time those promises were fulfilled.