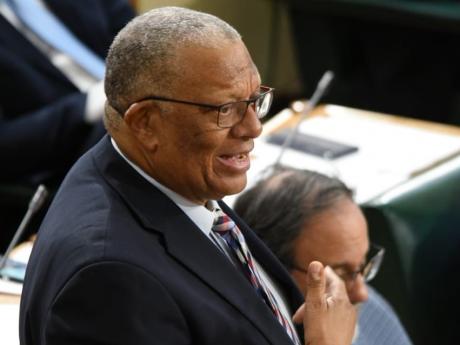 Leader of the Opposition, Dr Peter Phillips, speaking in Parliament during the budget debate on March 17, 2020 - Ian Allen photo

Leader of the Opposition and President of the People’s National Party (PNP), Dr Peter Phillips, says he has reached out to the Government of the Republic of Cuba for Jamaica to access the anti-viral drug Interferon Alpha 2B, which is among medications being used in the fight against the COVID-19 virus in other jurisdictions.

In a statement, Phillips pointed out that Alpha 2B is being used in 14 other jurisdictions in Asia, Europe, and South America.

He disclosed that the Cuban Government has expressed its willingness to make the drug available to Jamaica on the basis of a formal request from the Government.

Consequently, Phillips says he has today written formally to Prime Minister Andrew Holness on the matter.

“It would help to reduce the incidence of infection or help in reducing the severity of the infections,” Phillips said.

He pointed out that the Cuban biotechnology industry has a lot to offer and countries further away and bigger than Jamaica have seen the value in embracing this intervention.

Phillips urged the Government not to delay in making the request.

Cuba has been assisting Jamaica with ICU nurses and other medical professionals for many years.

A batch of 21 nurses from Cuba is expected to arrive in the island next week to help in the fight against the virus.

Phillips said it would be an additional advantage if the request for the drug was made and arrived along with the Cuban personnel.