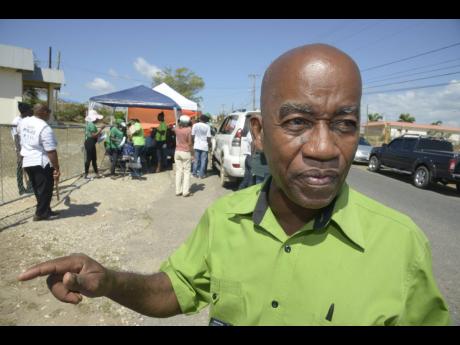 LATE JAMAICA Labour Party Councillor Milton Brown has been praised as a committed community activist and a voice of fairness who sought to achieve bipartisanship amid fierce political rivalry.

Brown, councillor for the Mineral Heights division and a former mayor of May Pen, died yesterday morning at hospital. He was 72.

“Today, as we carry out our project, I would have gone to Stewart’s Hardware or buying something that would have been Brown’s contribution to the community’s project,” said Mitchell, adding that Brown had always contributed to the May projects.

“Trust me, I feel cut up! I cannot put into words the impact he has had on the community,” he told The Gleaner.

Brown’s daughter Tina, who spoke on behalf of the family, said her father had suffered a stroke, which led to his hospitalisation and eventual death.

Tina’s enduring memory of her father was of a philanthropist who was committed to developing people. She had nothing but praise for his parental skills.

“He was a very loving, caring father. He always ensured that we got a good education and that we understood the importance of education,” she said.

Newly installed member of parliament for Clarendon South East, Pearnel Charles Jr, in paying tribute, said that Brown was one of the first leaders to express confidence and support in his candidacy.

“He was a source of inspiration and encouragement during a challenging period, and he will missed. The entire South East Clarendon offers sincere condolences to his family and loved ones at this time,” said Charles Jr, a member of the ruling Jamaica Labour Party.

“I remember when we had a tie in 2003, we had former councillor, Leopold Hylton, the deputy mayor, representing the PNP. First time in the history of Jamaica we had a council with a tie and shared responsibility,” Barnswell recalled of Brown’s mayoralty.

“We were a model, and all eyes were fixed on the operation of the council. Political commentaries were that the council couldn’t function for long. We proved Jamaica wrong!”

Barnes said that despite their political differences, Brown was always willing to offer advice. The two shared a harmonious working relationship up to the time of his death, the Hayes councillor told The Gleaner.

“We have lost a friend and a colleague,” Barnswell said.

Brown leaves behind his wife Ethel and five children.