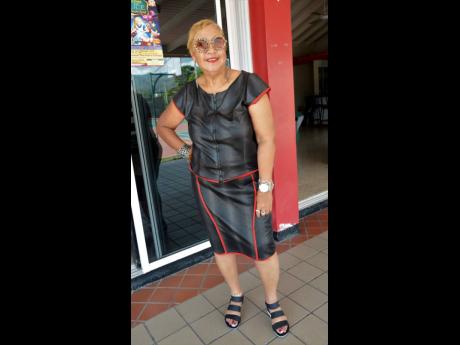 “Once a teacher, always a teacher,” is what Alice Hogarth said as she recounted the 25 years that she spent at Hillel Academy before retiring. Even during retirement, she has found ways to still educate children, using her love for drama and the theatre through her children’s theatre company, Wonderland Productions, founded in 1994.

As a result of being the great drama teacher for students from K1 to grade six, parents were sad to see Hogarth go, but gave her the chance of a lifetime to do just one more show.

“At the time of starting the company, I had left Hillel for personal reasons so I was with a life insurance company,” said Hogarth. “It was coming on close to the Christmas season when a couple of the parents saw me and said, ‘wow, we really miss those shows and plays, can you do a Christmas play’,” she recounted.

Hogarth thought about the idea and proceeded to ask her manager for a few months off to write and direct the play, and he agreed. This was the first of many plays for Wonderland Productions, for which Hogarth wrote and produced two shows per year. The playwright shared with The Gleaner that Scrooge: A Jamaican Adaptation which was shown in November 2019 was her last.

As a recommitted Christian, however, Hogarth was content with the decision to stop producing plays, which came as the island records its coronavirus cases. So, she enjoyed the break while holding on to faith that her next move would be revealed to her.

“I somehow knew that God was going to call me to do something in my life, but I wasn’t sure what it was going to be so I prayed about it,” Hogarth said. “I prayed saying, ‘Lord, it’s as if I am at the end of a chapter in my life journey and I have no idea what the next chapter is going to be’.”

Hogarth explained that due to her strong Christian background, she always pray and acknowledge God and before she knew it, her prayers were answered when she met someone she really admired.

“It so happened that there was someone who I met and I saw her as a real Christian, so I had asked her to pray and help me to know what God has for me,” said Hogarth. “She came to me and told me the good news that God was going to use me, but I still wasn’t sure how until one day I was visiting her and she shared with me that the Holy Spirit woke her up one morning and told her that she is to write this book.”

Little did Hogarth know that this would be her next step, since she knew how to write a book while her partner could not. Hogarth likened the arrangement to that of Moses and Aaron, where God would give Moses the message, but Aaron would be his mouthpiece.

“So, it was the same thing when she said to me, ‘But Miss Alice, I don’t know how to write a book, how can I?’ And that was when I felt like this was what God had called me to do because I just heard myself say, ‘you tell me; give me all the information that the Holy Spirit is giving you. I know how to write a book; I am a writer’.”

From there, the journey started to complete Global Warning: An End Time Warning For Bad Church Leaders and World Government. The literature was published in October 2019 with the purpose of warning both church and government leaders that they will be held accountable for their bad leadership.

Through all this, however, Hogarth did not forget her love for teaching, as she offered her expertise when it was needed by a Christian organisation called Joy Town in Trench Town to teach children between the ages of seven and 14, who had difficulty reading and doing mathematics. In addition to this, Hogarth gave back to the community through plays put on by Wonderland Productions.

“For almost every play that I did, I would invite a children’s home to come and enjoy, and at the same time, I would take in kids who would not normally can afford it to join … just to have children of the poor and disenfranchised and marginalised come in and experience the theatre, and believe you me, it would help to transform them,” Hogarth told The Gleaner.

Now at age 70, she has not slowed down as she recently started the Movement of Justice and Upliftment after the murder of George Floyd and the protests that ensued. The movement plans to tackle local issues and to stand in solidarity with people of African descent across the globe.

In addition to this, she has been given the opportunity to teach when school reopens in September.

“There will be a new learning centre in St Catherine for children at risk and it is starting in September. It is run by an international agency called Christ House and they are setting up a new building by Jose Marti,” Hogarth aid.

As someone who did not initially even think about teaching, Hogarth has taken her gift of teaching to transform lives both in the classroom and on the stage.