#JaVotes2020 | US will support any party that forms the government - Tapia 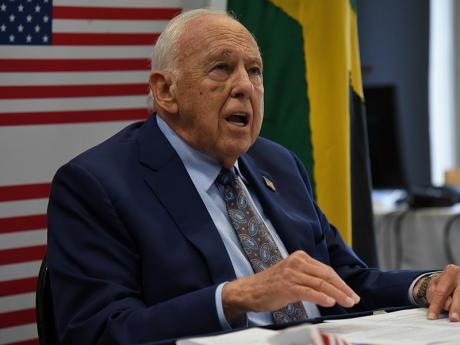 United States Ambassador to Jamaica Donald Tapia during a media roundtable discussion at the US Embassy on August 13, 2020 - Ian Allen photo

United States (US) Ambassador to Jamaica Donald Tapia has pledged his country’s support to whichever party forms the next government after the September 3 polls.

Addressing reporters this morning at the embassy, Tapia said that the matter of general elections is solely the domain of the Jamaican people.

“It’s not up to the US government to determine the government for the people of Jamaica. What all of us are concerned about [ABC countries – America, Britain and Canada] is how honest the ballot is. That’s the main concern that we have,” he said.

He stated that the US has had great relations with Jamaica, and that this would continue to be the case.