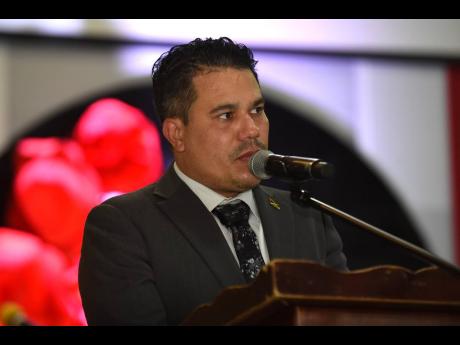 For Dave Beckford, a motorcyclist of Negril, Westmoreland, Sunday’s opening of the simulation training centre in Petersfield, in that parish for cyclists is a step in the right direction, which he thinks will help to reduce the high incidents of motorcycle crashes and fatalities in the parish.

“This is a very good move in having a training centre in the parish because since we commenced the training, we realise that we have had fewer accidents, which is good,” Beckford told The Gleaner. “And the way we rode to come to the training, all the way from Negril into Petersfield, was excellent. We took our time, followed the rules and road codes.”

“To my fellow bikers out there, try to live safely, drive good, because our lives matter. Try to be a safe driver at all times. Don’t bother with the ‘wheeling’ and driving on the white line and all these things that don’t make no sense,” continued Beckford. “We have families at home... who want to see us live until we grow old.”

Beckford was among several bikers who benefited from the National Road Safety Training Programme, which is targeting scores of motorcyclists in Westmoreland. The simulation training centre is a J$5-million investment.

Matthew Samuda, the minister without portfolio in the Ministry of National Security, who declared the training centre officially open, said that over the last five years, the country has witnessed a spike in motorcyclist fatalities, resulting from clear breaches of the National Road Safety guidelines by motorists, who refused to practise safety measures while traversing the road corridors.

“Since this year alone, there are 79 recorded fatalities and, interestingly, Westmoreland has recorded the highest number with 21 motorcyclist fatalities,” said Samuda, shortly after cutting the ribbon to officially open the training centre.

According to Samuda, the country can no longer afford to lose its human resources, especially its young people, because of the wanton disregard for the law as it relates to using the road network, especially in Westmoreland and the wider western Jamaica.

“Failure to wear helmets has stolen several young people’s lives in western Jamaica, where a number of activities are happening. Due to these high numbers of motorcyclist fatalities in Westmoreland, the ministry and its stakeholders have decided to pioneer the first motorcycle simulation programme here in Petersfield,” said Samuda.

According to Samuda, these motorcyclists’ fatalities only speak to a fraction of the story, as attention is not paid to the impact on the economy, people’s lives, and the challenges families faced with human sufferings after an accident that leads to physical challenges and/or death.

He also noted that in examining the statistics for this year in western Jamaica, the main causes of motorcyclists’ fatalities were failing to keep to the near side or the correct traffic lane, and riding at excessive speed.

In addition to the Petersfield facility, Samuda said that several young motorcyclists, who are among the students who drop out of schools for varying reasons, will be tracked down and enrolled to cover the four modules of the motorcycling training programme at the Grange Hill High School.