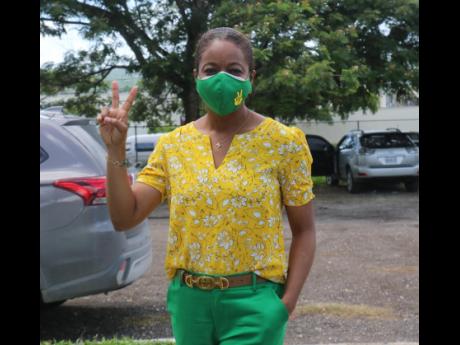 Marlene Malahoo-Forte, the incumbent member of parliament for the Jamaica Labour Party (JLP) for St James West Central, is blaming the delays in the polls on the cadre of newly recruited election day workers.

"I have voted, I was in the first batch. When I arrived at the polling station at the Howard Cooke Primary School, there were numerous persons in the line. Many have been lined up from 6 o'clock," Malahoo-Forte said.

She said the protocols established under the Disaster Risk Management Act to prevent the spread of the coronavirus, have also slowed down the process of voting this year.

"The additional steps being taken to control COVID-19, they have slowed the process a little more, but behind that, there appears to be a lot of presiding officers and poll clerks who are very new at it and that too is causing a little slower process," the JLP candidate said.

She said the process has frustrated a few who came out early and had to go to work.

Meanwhile the first term member of parliament is oozing with confidence that her supporters will return her to Gordon House.

"I have been working steadfastly on be ground and the work is there for everyone to see. It's about getting the government to serve the people better...my supports have been faithful, they have been turning out and I do expect victory at the end of the day."