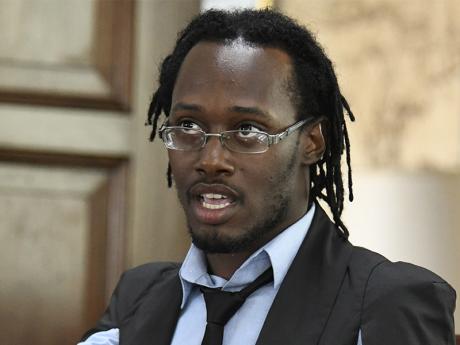 Human rights organisation JFLAG is commending the Government for accepting recommendations made on sexual orientation, gender identity and expression during the recently held third cycle of the UN Universal Periodic Review.

According to JFLAG, the government gave its back to five of the 21.

It says among the five recommendations accepted by Jamaica are to strengthen efforts to eliminate discrimination and violence based on sexual orientation and gender identity, actual or perceived, in compliance with its human rights obligations and to ensure that cases of violence against lesbians, gay, bisexual and transgender persons are thoroughly investigated.

JFLAG Director of Strategy and Impact Glenroy Murray said the organisation will work alongside the government to have these and other recommendations realised.

“The acceptance of these recommendations by the Jamaica Government demonstrates not only the changing attitude towards LGBT people, but also a recognition that LGBT people ought to be treated with dignity and respect. We will continue to engage with the government and offer our support in implementing these recommendations as we seek to improve the lives of our community members,” Murray said in a statement.

However, Murray expressed concern about the government’s lack of support for the outstanding recommendations, which relate to the decriminalisation of same-sex relations between consenting adults and the enactment of anti-discrimination legislation.

He contended that there is an urgent need for comprehensive anti-discrimination legislation as the Constitution offers limited protection for LGBT people.

He noted that the Constitution guarantees equality before the law and guarantees equitable and humane treatment by public authority, but whether this can be used to cover LGBT persons is still in question.

“There are no stipulated grounds of discrimination found in the sections and so there exists the possibility for this to be litigated to include sexual orientation, gender identity or body diversity. Until then, the protection remains only a possibility,” Murray said.

JFLAG says Jamaica has until the 46th session of the Human Rights Council, which runs from February 22 to March 19, 2021 to respond to the remaining recommendations.