Skip to main content
Single, Ready to Mingle ... but let’s get one thing straight

Stick to your ideals and never settle for less 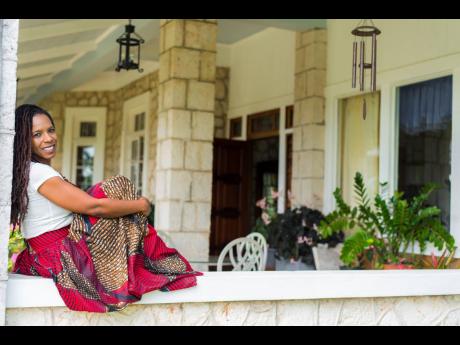 She isn’t single because she thinks she cannot find a man that matches her ideals, or feels the need to be a misandrist because of past failed relationships.

The author and trained social worker who now uses her skills as a business coach and consultant to help people start their businesses and operate more effectively, said her focus has now shifted and she believes all things align as they should.

“I have been single for the past two years and have remained that way because my focus has shifted. At one point, I was really wishing I had a relationship and wanted to be in one. I wasn’t desperate and never felt desperate, but, after the demise of my last relationship, I shifted my focus more on my business,” said Eva Forde

With her last relationship lasting only four months, Forde said it is important to do what one feels is necessary and not what fits the script for society.

As an accomplished woman, Forde is firm in her belief that partners should be on the same wave length in several areas, or the relationship will suffer.

“Partners should complement each other. They don’t have to be the same, don’t have to like the same things, but they have to complement each other. I grew up seeing very healthy marriages and relationships. So it wasn’t until I moved to Jamaica that I got more of the reality of how a lot of people are. Relationship requires communication. Without communication and taking responsibility, it is impossible to survive.”

A grower, is how Forde describes herself, and expresses the view that her ideal partner should also have those traits.

“I read, I go to conferences and I am expecting that my partner will not be satisfied with his current state of understanding or knowing or awareness, but always seeking to learn more, not only about himself, but about me and our relationship, and try to deepen our experiences together, and our growth.”

Forde said she expects openness and, even when things are scary, that the person will face up to the challenges instead of fleeing in the face of adversity.

She admits one of her worst experiences in a relationship involved her partner’s failure to prioritise the relationship and the factors needed for its growth.

“The person was not able to take responsibility for the role that they played in the relationship. Their approach was that the other person, me, should just understand that they have work to do, that they are overcommitted, and I got the short end of the stick. Whatever it was, I was just supposed to understand. There was never any contrition, no apology or a ‘let me see how I contribute to the negative consequences of poor communication skills’.”

A number of women have said they don’t think men understand them, and Forde believes this is true, in part.

“A lot of times, women are not asking men for a solution to a problem. We may just be venting and, a lot of times when the partner attempts to solve the problem, it feels like they are not hearing us and connecting with us, and it frustrates us.”

She said she is not in the game of bashing men, nor is she a passenger on the ‘No good men available wagon’, but what she believes is that women should stick to their ideals and never think they must settle for less.

“I believe in the concept of abundance. I think we get what we expect and so, when we are expecting a shortage of men, we see a shortage of men. If you have a perspective that there is a shortage of men and there are no eligible men, then that is what you will see. So you have to start with your perception and go to the spaces where the men are that you want to find and connect with,” she advised.