Craftsman wants to pass on skills to youth - ... laments their preference for gun over trade 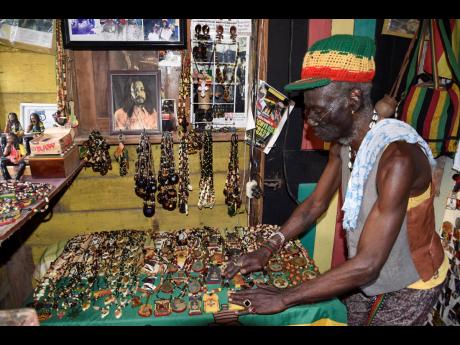 Nicholas Nunes/Photographer
Glenford Bennett shows off some of his craft items inside his 23 Third Street shop in Trench Town, Kingston. 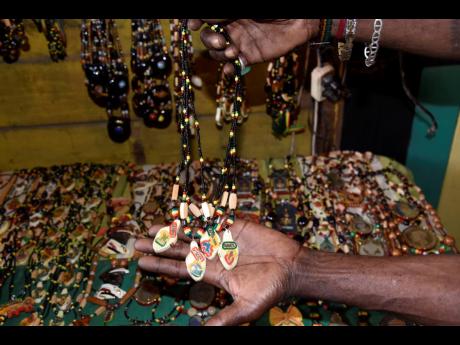 Glenford Bennett has been spinning trash into treasure for more than three decades and would love to pass on his craft-making skills to the next generation, but try as he might, he cannot beat the lure of a gun, which has been more successful in grabbing the interest of the youth around him.

The Trench Town-based craftsman is disappointed with what he observes as the youth abandoning their creative talents for a life of crime.

Speaking with The Gleaner from his 23 Third Street shop in the Kingston community on Monday, Bennett said finding a protégé or an apprentice was no easy feat. He worried that with the knowledge not passed on to the next generation, the craft could become extinct.

“Sometimes mi affi ask, ‘A wah dem youth yah really want?’ Dem can’t have a man like me and nah come to mi,” he said.

He yearns for the day when someone will take interest in the craft.

“From me deh yah suh, a youth never come to me and say, ‘Glen, mek mi stay beside you and learn fi put on a latch pon a chain’. I would feel so good, because I would love to pass it on,” he told The Gleaner, explaining how he has, since 1986, been using other people’s trash to make treasure.

Bennett revealed that he was once engaged by the Jamaica Business Development Corporation to conduct training sessions, but the young people who turned up did not have a passion for the craft and had only attended the classes to get the stipend.

“Mi can’t even show you two likkle apprentice,” he lamented.

Though the craft trade doesn’t rake in the riches, Bennett said that the freedom associated with using his hands to make jewellery and other items is far more enjoyable than working “for a next man”.

He said that since the Dream Team – a youth-driven charity organisation in the community – had highlighted him on their social media pages, he has been getting expressions of interest from persons abroad.

“Business looking kinda slow, but for the Christmas, any number can play,” he said. “A brethren from St Lucia order a stock from mi and I already pick out him things and a just fi him get to me. Me nah really mek no money, but mi feel good to how things set right now.

“Entrepreneurship a di best thing. It better fi work fi yourself, even though it may be on and off. If you are working for yourself, you can sell something for likkle or nothing just to survive. Because a your own and a you mek it, you can always replace it,” he reasoned. “Meanwhile, if you see a likkle hustling on the side, you can mash it up because one likkle thing will can back up a next likkle thing. Me rather work fi myself.”